For better or worse, social media platforms and hook-up apps have become dominant in the modern dating scene. 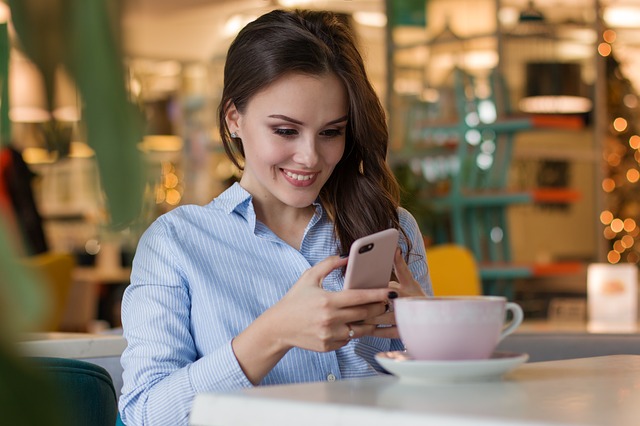 Although most of my success with women has come from picking up at night, I still consider myself one of the godfathers of  online game. I’ve been using the internet to bang chicks while travelling since MySpace! To add to my street cred, I’m also the one who coined the term pipelining (setting up dates online before you hit a city), a word still used by many male travellers today.

Anyway, the game had changed since the good old days. Now we have Tinder and it’s screwed up everything. With male thirst at all time highs, it has created an environment where even 6s have started to believe they are worthy of male models with sixpack abs. In fact, they have gotten so deluded that a recent study by OKCupid revealed that women now rate 80% of men online as “below average”… as if that could make any sense.

Don’t get me wrong. Sometimes the likes of Tinder can be useful. If you are in a hardcore Muslim country like Iran or Oman, or places where you have exotic capital (think a white man in Southeast Asia), it can be very lucrative.

However in the West, this technology has had a deleterious effect on the dating scene. It’s made men lazy and destroyed their confidence. As a result, many men nowadays end up settling for subpar women, when in reality they could do alot better. (I’ve seen it happen all around me with close friends.)

For along time I almost gave up on online game. It used to feel like I was the only fisherman in a fertile bay, but now the trawlers have moved in and overfished the seas to oblivion. The corals are dead, the water is polluted, and the only thing left are bottom feeders and a few fat whales.

It’s time to move on, lads. There are better places to throw down a line.

Smart guys adapt. They find a niche. They go against the masses and try something different.

When it comes to online game, one such niche is Instagram.

Now I know what some of you are thinking—Instagram is for vain bastards, soyboys, and chicks—but that’s the point!

How do you think that compares to the ratios of Tinder, OKCupid, and other dating apps and sites?

The quality of women on Instagram is also unbeatable. Let’s get real here. You’ll rarely find 8s and 9s on Tinder—they get enough attention in real life—but nearly all of them have an Instagram account. The best of best are on there, and if know what you’re doing you can use it to could pull better women with less effort.

From personal experience, the quality I’ve banged from Instagram has been some of the best in my life (from both online and offline).

Furthermore, Instagram is far better at displaying your personality and value. When you’re using Tinder it’s like passing by a store window, bu with Instagram you’re actually inside looking at the wares. Bad analogy…but you get my point.

Hopefully I convinced you, but before you go selling yourself you’ll need to create the best page possible…

Like it not, the two main things women care about when they visit your page are looks and status.

Yeah sure…you’ll get a few likes and comments with pics of you travelling, skydiving, or posing with cute pets, but let’s not kid ourselves.

With looks, you got with got. If you lift, have style, and know how to use a good camera, you’re probably ahead of the competition. (I’ll leave tips on photos for another post, perhaps.)

Status, however, is harder to achieve. Do not underestimate the importance of your follower count.

Any hot chick with a  bikini pic will likely have thousands of followers, and if you only have a couple of hundred she’ll perceive you as lower status. You could have a PHD and ride a harley, but it doesn’t matter.

It’s sad and shallow, but that’s Instagram for you.

Borat voice: “You will never get this!” (Also because this chick died during plastic surgery.)

As such, I generally don’t advise messaging (DMing) a girl with a follower count north of 10k unless you can match her. Hell, I don’t even advise you DMing a girls with 1,000 followers—by that stage a slue of men have already tried their luck.

Luckily, there are a few shortcuts to building up your audience. Instead on spending hours posting, liking, following, and thinking about hashtags, you can use bots. I’ve tried followliker and a few others, but by far the best results I’ve had (and most genuine) have been from using a system developed the Manosphere’s very own Vinny from IGCasanova.

The results speak for themselves…

The following are the 3 pictures I posted directly before implementing Vinny’s system. At this point I’d already built up my account to around 2,500 followers. Note the amount of likes.

Taken on a private tour of the Colombian Congress in #Bogota.

Quite possibly my favorite place ever. #Victoriafalls #Zambia Got mad high for that sunset 🙂 #nofilter

These are first three pics I posted right after I signed up.

Granted the above pictures are pretty badass pictures and I use more hashtags,  so to give you the full range I’ve included the lowest and highest ranking pictures since signing up.

Bear in mind this does not include videos. My highest post to date (and probably my favorite) is actually this GoldenEye parody with 3k+ likes…

I have posted 31 times since signing up. Since then I’ve more than doubled the amount of followers, but more importantly  nearly all of them are legit. My only criticism of the service is the price tag. It’s a little steep.

In retrospect, I choose sub-optimal locations to promote myself—I focused on Ukraine because of the hotties—but overall I’m very pleased. I now have a very respectable following and I’m getting followed by a ton of gorgeous girls. This has provided me with a decent status to game on the platform.

As I’ve alluded to earlier, since signing up I’ve banged some of the highest quality tail of my life. This in spite of the fact my Instagram links to this site and girls find out about it—something you think would handicap me. (Some women just can’t resist bad boys I guess).

I still think meeting girls in real life is the way to go, but online game has its utility.

I still think Tinder is dogshit, but if you’re travelling I can situations where it’s useful. Instagram is better though. Plus, it’s probably the easiest way to find top-tier chicks in a location.

Now go forth and multiply!