The following is a post from Cee Montgomery, an American who has previously written about Ayia Napa, Cyprus. Thanks Cee again for the great info.

(I’ve also written my own Edinburgh guide but the info is old.) 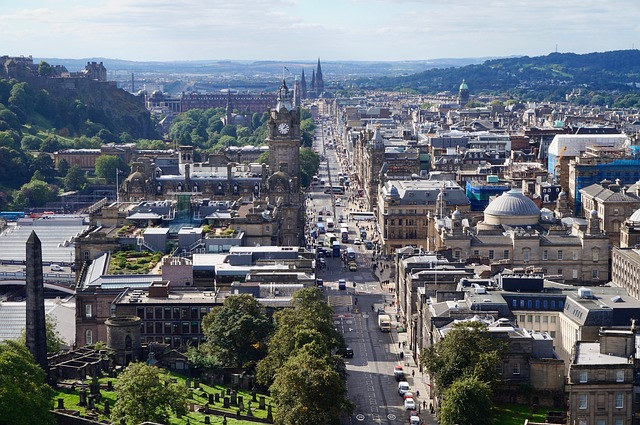 I was totally shocked at how close the historics sites are to the party areas. I wasn’t really there for that, but it was so close I said, “Why not?”.  You can taxi around, but I suggest walking or using the hop on/hop off buses to see the city. I saw on the previous guide that the women here were nothing to write home about. I have to say I was not overly impressed with the local talent either. It might be the lowest quality I’ve seen in Europe overall.

Don’t get me wrong, there are some cute girls around, but there are a lot more 3-6s than 7-8s—A LOT!!! Also it seems like the girls don’t shy away from eating. Most of them carry some extra pounds and they are proud of it. I saw the locals giving the big girls a lot of attention. More cushion for the pushing I guess.

I almost forgot, good news is there is also a plethora of tourist and students from all over the world. A surprising number of Asians. I wasn’t expecting that. They seem pretty down, but they will be swarmed by guys most likely.

What are the chances of hooking up?

With a little effort and constant shooting, you should score.

What strategy do you think would work best for picking up?

I think the direct approach works best. There will be people everywhere walking around the same general location. It’s very easy and welcome to approach women.

Do the girls prefer an aggressive approach or an indirect one?

The aggressive approach because from what I saw, they are used to the direct approach. The friendly indirect game works as well. If my friend talked to a girl,  I would automatically see how the friends looked and try to get a package deal out of the situation. You might see the odd girl walking by herself, or out alone, but mostly girls will be in a group.

Tinder is a good option here. I had a lot of likes and conversations before arriving. I was thinking that a lot of pubs a underground, and you don’t get service. I missed out on numerous girls due to this. Most places have Wi-Fi, use it. My total EU phone service didn’t do me any good in the dead zones. 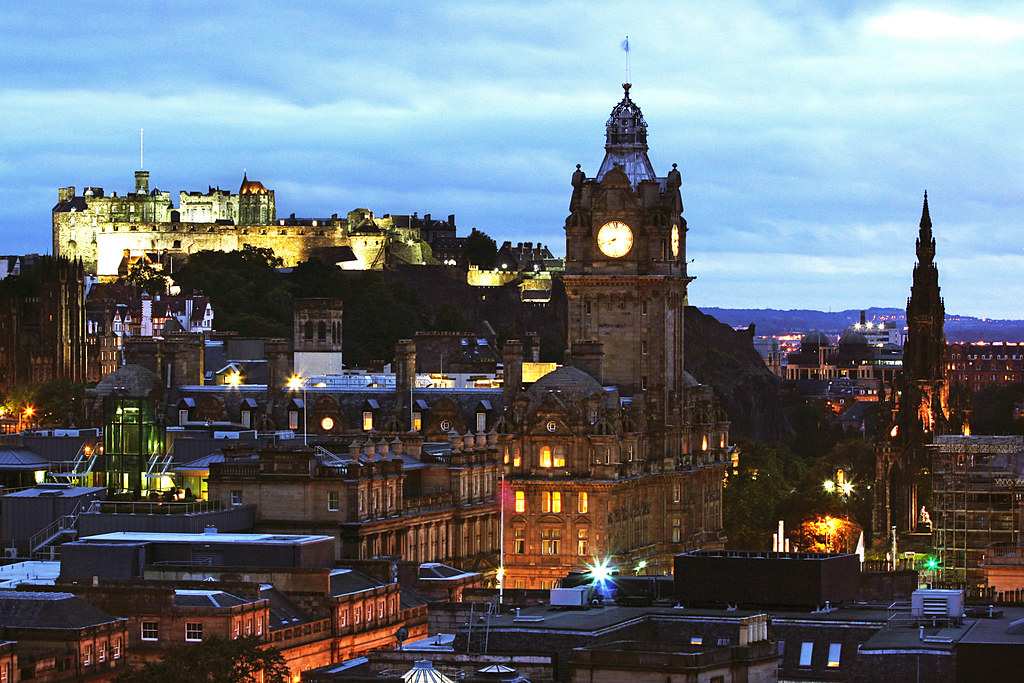 Now to the night time game. It seems like when the sun goes down everyone is more receptive, maybe because of all the drinks and weed flowing. You can stop them on street to ask them where they going, and you won’t get ignored. The club scene is easy pulling because the liquor is cheap and flowing. Girls have no problem letting you know if they like you. You just need to keep your head on a swivel. Look for girls looking your way, approach and  shoot. Watch out for the whales, not unless that is your thang.

The main nightlife areas are streets perpendicular and parallel to the Royal Mile. Also George St. has few clubs and bars. They are a tad more upscale than the weed filled air around the Royal Mile/City Center area. I like the Royal Mile area better. I also suggest doing a pub crawl as you will go to places you probably wouldn’t even notice. For only 7 pounds, you can’t beat it.

This is the first place I went in, and probably the best overall club I went to while there. The crowd was a little younger as a whole (18-24ish), but the girls were receptive to guys older than that. The music was top 40 mixed in with club anthems. I heard everything from Living on a Prayer to 50 cent’s In the Club. Drinks are cheap 3-5 pounds, and the ratio isn’t that bad. In my opinion, if you want to pull a good looking loose local, this is the spot.

Why not
The place is on George St. It kind of reminds me of the hive with less girls. They ask me at the door was I on the que list. Don’t know if that is needed to get in on not. I just said” I didn’t know about that”, and they let me in.

Three Sisters
One of the spots we stopped at during the pub crawl. The it is on Cowgate and inside of a openair enclosure that plays sporting events and movies. I was there for a big boxing match, but I had no idea who the guys were. I would imagine the outside area is nice on the summer time. Inside actual three sisters was kind of cramped and small.

The airlink 100 bus from the airport to the city center runs 24/7. Only 7.50 round trip. I also suggest a pub crawl. I did the 7 pound Edinburgh pub crawl. Shit is wild, when one the rules is don’t sneak off to fuck on the street.
You should definitely stay in the city center area if you trying to party. Airbnb is probably the best option. Most girls tourists girls are staying in hostels and don’t mind going to your airbnb for a getaway. Stop in random local bars you see on side streets, you never know what you might find in a dark
alley.

I have been to Scotland before in 2003, but that was so long ago. I really don’t remember anything so this felt like the first time.

I arrived late on Friday around 10pm, so by the time I arrived at the Airbnb it was time for me and my friend to head straight out. I did a little research before hand, and we headed to hive around 11.30 pm. There was no line, so we went in. First thing I noticed was the lower talent level than I’m accustomed to in Europe, and that the girls here don’t skip a lot of meals.

Since it was early, we just got a drink and decided to explore some more. So we asked a bouncer. He suggests Why Not, so we hop in cab and head over there. I wasn’t really impressed there. So we just get a drink and decide to head back to the hive area closer to our place.

We headed back to the hive around 1am-ish, now it is kind of crowded now with some local talent. So me and my comrade went hunting. After a few girls didn’t seem down, we came across a group of college girls 18-24. They said they were looking at us earlier. So we started talking. It was getting close to closing time, and these girls seemed down. It was 3 girls. 1 good looking one, 1 ok fuckable looking, and one bottom of the barrel sea creature.

Conversation went well and it looked like all of them were coming back. The club closes and we go outside. At this point the ok looking girl starting saying how the good looking one was engaged and that they all had to go home. I thought all was lost. So the good looking one walked over to me and my friend to say her friends were not down, but she would still come. She had to wait for them to get in the taxi, then she would come with us.

After waiting for the taxi for them. The good looking 18 yr old came back with us. She went in the room with my friend. After a little while I hear him start getting down. Then he asks her if she down for 2 guys. She says why not. So he yells for me and we commence to Eiffel tower and DP this young eager Scot.

The next day we just do the tourist mile in the daytime. The castle was nice. That night we went on a 130 person pub crawl. I can’t remember all the 7 places we went to. There are a lot of drunk tourist on these things though. At one spot I challenged a busty Aussie on if her titties were real, so she pulled them out in the club and said feel them and check. I said how about lick them. She said ok. She wasn’t ready to leave the pub crawl so she was a no go.

After we left the pub crawl around 130, we head back to the hive. After some misfires, we end up seeing the
girl from the first night, bring her back to our place,and put her through the ringer again.

If you want get a Scottish girl, this is the place. Don’t come here for a model though. They are hard to find.

Welcome to Ayia Napa on the forum