Muscat in a word: Evolving.

Muscat is a typical gulf story. For centuries it for a small desert port town of little significance, and then suddenly, they struck oil and a rich modern city shot up for the sand in only a few decades. Their ruling king of 40 years and brought his country from nothing to a modern state with a bright future. Everything is new and gleaming. Luckily for you, his highness has also loosened the shackles of Wahabbism and liberalised the country somewhat. Yes, Oman is still an extremely conservative country by world standards, but it’s not Saudi or Kuwait. Alcohol is legal and some rebels even date before marriage!

You’re right beside the beach.

Everything is very spread out and the price of booze. 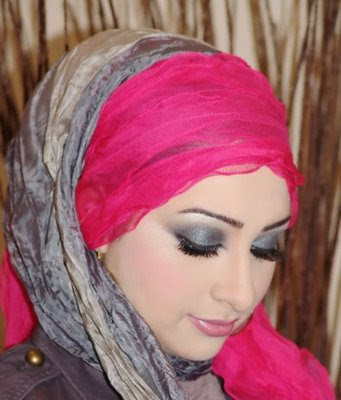 The whitest they come

Appearance: Omanis are good looking people, but by GCC standards they are considered average. While the country has a racially mixed population (a legacy of its imperial past) there are basically two main groups of local girls in Muscat: the Arabs and the Swahilis, with the former accounting for roughly 70%, and 30% the latter. The Arabs are lighter with larger noses. When they’re hot, they’re very hot.  Then you have the Swahilis, which consist of repatriated diaspora from former 19th century Omani colonies, like Zanzibar, Tanzania, and elsewhere on the East African coast. when the economy kicked off. Oddly, many of these speak Swahili and English, with Arabic as a third language. Swahilis generally have dark smooth skin with cuter noses. You also has the Balochistani descendants  which look more Asiatic.

Demographics: Because of the combination of a relatively small Omani population and a fast-growing oil-driven economy, Oman has attracted many migrants—which now make up nearly 30% of the population. Foreign females are mainly from Eygpt (29,877) Indonesia (25,300), the Philippines (15,651), (Sri Lanka (10,178) and other Arab countries. If you’re looking for some white meat, there are also were 8,541 migrants from Europe, as well as a  few Russians and FSU girls round.

Attitudes: In general, Omani girls are very conservative. You’re in the Arabian gulf, after all. One can safety estimate that 99% are virgins until marriage.  Most girls are hopeless romantics. As a non-Muslim, or even non-GCC citizen, you have to knock down walls. The good news is Omani girls are quite approachable. The Swahilis are more liberal and open minded, however, due to cultural influences from Africa through the generations. Their dark sallow skin also makes them less attractive in the eyes of caste conscience Arabs, so it’s a little bit easier to pick up “higher quality” objectively. So if you’re gaming, remember, if she’s white, she’s tight.

Gaming Strategy: Assuming that 1% of Omani girls have pre-martial sex, if we pool the percentage of the female population who are not married and aged between 15-64,  they’re are barely 1,000 Omani women (if even) who would be willing to have your cock inside them. Around 10% of these young Muscat city girls drink alcohol, so if you’re planning on night game (the best viable option to find liberal women), that brings that number down to 100. Your job is to find one of that 100, spit perfect game, do the deed, and raise the flag. This is what us international players call a Mission Impossible flagging mission. BUT, it can be done. I was exceptionally lucky and pulled it off in less than 36 hours, so anything is possible.

So, you somehow managed to trawl the land find an Omani girl. Here’s your next problem…

Logistics. 99.99% of Omani girls live with their parent before marriage and nearly all of them have a strict curfew. And even during the day, most have families that need to know where they are at ALL times. Constructing a good excuse and banging during the day is your ONLY option. You need a place and a plan. Luckily… I’m here to help.

Accommodation: Get an Apartment. Hotels can be strict about guests. Check out bookings.com or AirBnb.

Getting High: Where to buy marijuana in Muscat? Ask any young Omani guys who’s out drinking, or talk to expats about a score.

Muscat marijuana prices: It’s not cheap. 500 OMR ($130) for a finger sized bar of hash is consider a good deal.

Other Advice: You need a license to purchase alcohol in an off-license. Stock up at the duty free or ask an expat to buy for you.

The nightlife scene in Muscat is surprising decent. It a lot more laid back than Dubai and a really great night out can be had. The bad news is it’s all spread out. I had a very limited experience of Muscat, so the following recommendations were complied with my friend Dan who has been living in the city for three years.

The best warm-up bar and restaurant in town. Attracts a lot of Swahilis. This is your best place to pick up Omani girl. Start your night here.  The other alternative is a place called Left Bank. 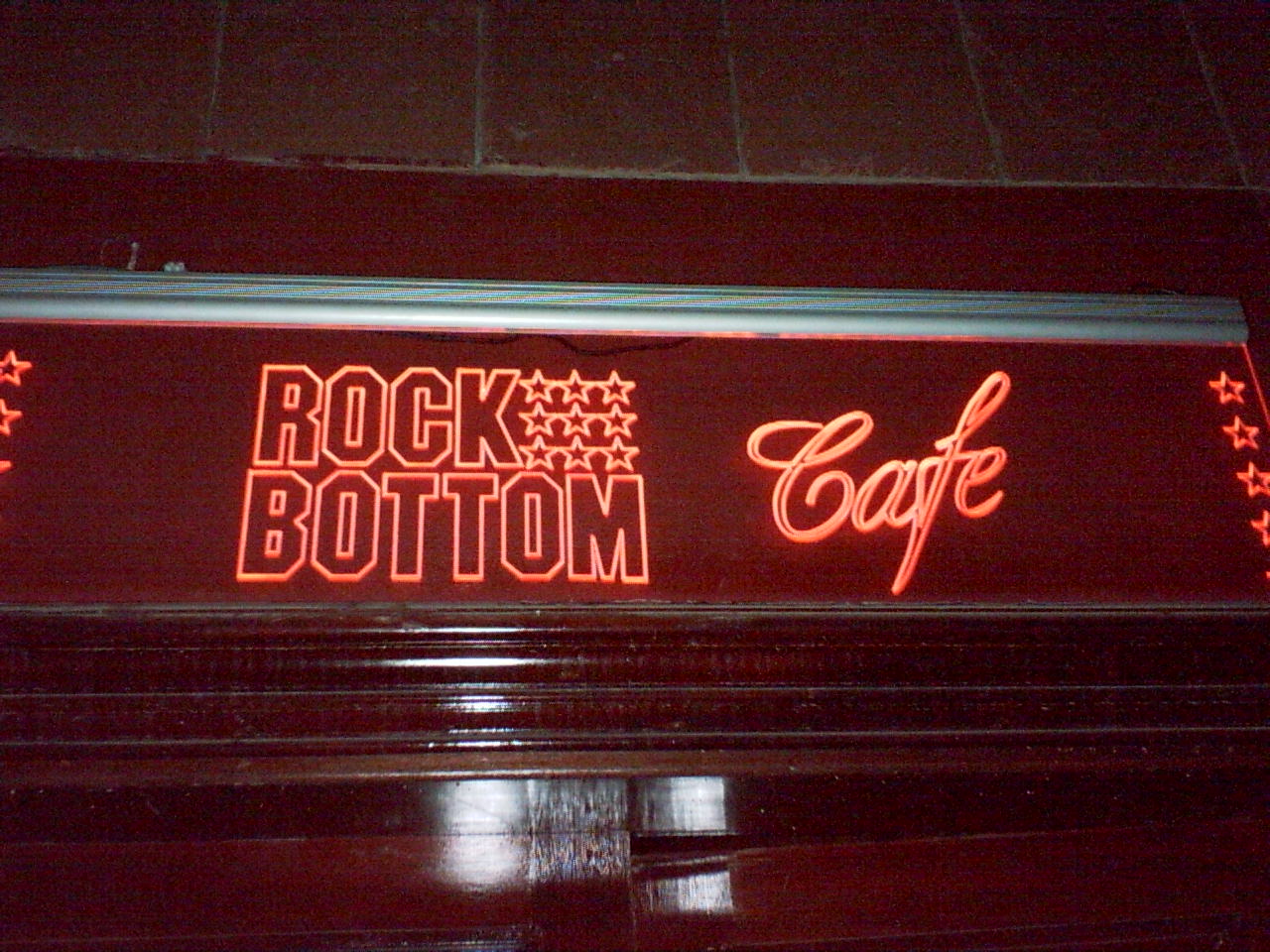 This is a cool decent-sized club with a dancefloor, pool tables, and plenty of young single people who are down to earth. You won’t find any Omani girls but there are plenty of Asians and Europeans on the menu. There are also freelancers around.Definitely a good place to end up. Facebook page here.

Another Recommendation for after hours is club, which a is classy version of Rock Bottom.  It’s the same franchise as the one in Kuala Lumpur. They also a have ladies nights. I personally didn’t get to check this place out but apparently the quality here is the best in the city. Many Oman Air girls hang out here. Facebook page here.

One of best mates has actually LIVED in Oman for the last three year. Dan, aged 26, speaks of his experience of dating in Muscat.

OK, so if you were looking to meet a nice Omani, you can always check out the shopping centres, but the problem is that there are too many families there, so it can be tricky to pass your number. (Or it would be too risky for her to take it!)

At night, Trader Vics and Left Bank are pretty good to pick up Omani’s, but prepare to work your ass off! (They also have lethal cocktails!)

There are two types of Omani Women: Arabs (lighter skin colour and bigger nose, if you see a nice one she is very nice), or Tanzanian (Zanzibarian disapora). They have darker, lovely, and smooth looking skin, (but not African dark). They also seem to be more approachable.

Take out Omanis and the general dating scene is all right in Muscat! Day game is a must. The groups here can be very clicky! I have made good headway with the Air hostesses you can find the British airways staff at Radison Blue, lying by the pool (one of my favourites for midweek lunch), or Oman Air staff at Zouk during the Thursdays – Mondays. At the weekend,  during the day Dolphin Village is good too! And also Ashatti Beach ( for both Omanis and westerners )

A good night out? Warm up at  Trader Vics / Leftbank, then head too Zouk or Rock bottoms. There is a freelancers bar at the Holiday Inn Hotel.  [Full of Russians and other FSU girls].

Well, because this country is strongly influenced by culture, Omani women usually end up with men of their similar background—so it’s usually tough for a foreigner to find Omani women. That said, there is a percentage that is the exception to the rule and they could be of any background (Swahili, Bulushi, Persian). It all depends on their personal choices later on in life.

The Dating scene in Oman: not very visible because of cultural and religious reasons (even  public display of affection within married couples is uncommon). They’re very protective and shy. They don’t like expressing affection in public as it’s taboo.

If you want to find a nice Omani girl it’s usually tough because Omani girls aren’t always out. Even sheesha places have separate sections for women and families and they’re not that social and might not appreciate being approached. I think the only way you meet Omani women is through other people who live here. But even then, the percentage of virgins before marriage is 99%  because of religious reasons and being a non-virgins you’re life is over. They’re usually hidden by either a forced or love marriage story.

Your typical Omani girl (in Muscat) is in her abaya, wearing a scarf fully or not fully covering her hair (maybe 50:50). She works from 8-5 and goes straight home. You won’t find her out normally. On weekends she’s either spending time with her family or going out for a meal with her girlfriends and then it’s back home.

Other testimonials from pretty much every guy I talked to who has been there:

You best bet to to hook up with an Omani girl? Go to Dubai, you’re in the wrong place.

For more info or if you have any questions on Muscat…