I’ve done the research, I’ve ran a poll (2,000+ votes cast and counting), and I even went to the bother of taking several trips and travelling to every country in the region—now, I’ve score them out of 10 using the three components of female beauty (data at bottom of page and the highest score awarded was an 8). It’s finally time to reveal…

They received an impressive 5th place in our poll, but sadly, they only barely qualified for the final round. Polish girls scored just above average for attractiveness and sexuality. They beat out all their competition in Central Europe, but they just can’t compete with their more feminine, better looking neighbors further east. You can check out Bang Poland for more advice on how to hook up with Polish girls on your visit.

Bulgaria and Belarus received the same score (with Moldova just behind them), but I had to choose sides. Polish girls are friendlier than Bulgarians, but they just can’t compete with Belorussian beauty.

Belarus scored the same as Polish girls, but only ranked 10 in our poll. The reason I’m ranking them higher? It’s simply: The “White Russians” are just way hotter. If as many people visited recluse Belarus as Poland, I wouldn’t be surprised if they ended up topping the poll. Where Belorussian girls fall down is in their relative lack of sexuality, however. If you want to check out the capital Minsk, make sure you pick up a bit of Russian first.

On the opposite end of the scale to Belarus, Slovenia topped the ranking for their sexuality. Out of former Yugoslav Republics, they beat out the Croats, the Albanians, the Kosovars, and the Macedonians. The country is also stunning beautiful and I ranked it number 1 in my Top 13 Destinations in Eastern Europe.

Baltic girls are hot. All three made the list. Latvia may have the best looking girls in the region (thanks to all the Russians in Riga), but they fall down when it comes to hospitality and sexuality. They score a respectable 7th place. Aside for the women, Riga can be a fun town any night of the week if you like to party. I’ve been three times and I’d go back again.

Lithuanian girls narrowly beat out Latvia. They’re almost equal in terms of looks, but they’re socio-sexual ranking gives them a clear edge. For anybody thinking of visiting the major cities of Vilnius or Kaunas, a word of advice: go on the weekend. I’ve been to both places mid week are they were ghost towns.

Montenegrin girls are bred from the same stock as the Serbs, but they just don’t have the numbers. They’re smaller population pool also make them slightly more conservative sexually. Montenegro’s beaches are also packed with hot girls from all over during the summer. I recommend you check out the scene in Budva and breathtaking Kotor.

The Estonians win the Battle of the Baltics, from myself and voters  (Roosh gave it his vote, too), but they still only come out at number 4. They may not be quite as hot as the Lithuanians, but Estonians are ranked as the friendliest Eastern Europeans in the EU. Furthermore, they are quite sexual and Tallinn is a kick ass town in the summer. They tied with Montenegro, but I’m giving them the edge based on our poll and the population size. 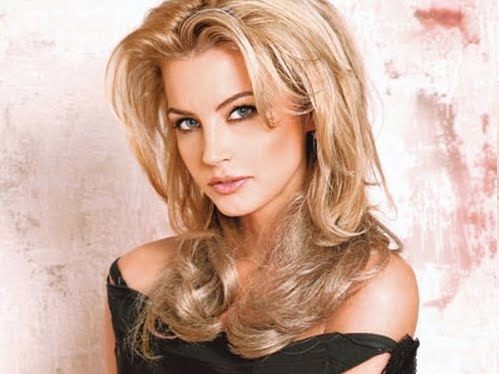 Romanian girls are sizzling creatures—and any guy who’s hung around Bucharest will tell you the same thing. They ranked 3rd in our poll. They may not be the most sexual or welcoming, but their feminine charm and sexy sultry looks gives them a bronze.

They came in 2nd in our poll and scored almost a point extra ahead of the competition. Serbian women are stunningly beautiful, feminine and sexual. The girls of Belgrade were the second in this site’s history to receive a 5/5 rating after my visit last summer (check out the city guide here). Need I say more?

No surprise here. Hosting some of the world’s most beautiful and feminine creatures, Ukrainians takes the prize. I was already biased towards it, but when Ukraine received a whopping 47% of votes in the poll, that pretty much sealed the deal. Plus, the world agrees with me!  Even with Ukraine’s very low sociology-sexuality index and the Economic Forum classifying it as one of Europe’s ‘least welcoming’ countries, it still beats the competition on pure genetic superiority.  But don’t go buying your plane tickets just yet! They may be gorgeous, but don’t expect to arrive in the country and expect easy sex. Unless you have basic Russian and good game, you will struggle in Ukraine.

For those interested, you can scroll down to have a more detailed look at the data.

What’s your opinion of the final list? Agree or Disagree?

37 Responses to Top 10 Countries for Girls in Eastern Europe