According the stats, rape fantasies are the most popular female sexual fantasy.

Continuing on from my Cavemen article, I’d like to revisit the concept of aggressive persistence in sexual escalation.  Referred to as “going cavemen” in the pick up community this practice tends to incite controversy.

While by-passing a women’s token resistance has its place in a sexual interaction, it’s important to recognize genuine objections to your advances. Simple you would presume, but consider this…

What if she’s screaming “No! No! Stop it!”, but at the same time grinding your delicates. Mixed signals maybe, but those who possess a greater understanding of such dynamics would regard her body over her words. Often her verbal misgivings are merely a by-product of a conflict between Mammalian instincts and rational objections from the neo-cortex.

While she may crave your dick and relish the experience of being pounded by you, she might also regret the sex afterwards if she thinks it was a poor decision logically.

What if she was married and her husband found out?

What if she just screwed her best friend’s boyfriend?

Here’s her get out cause: “He raped me.”

Believe or not, in the eyes of the law – she’s right.

A Definition of Rape: In criminal law, rape is an assault by a person involving sexual intercourse with another person without that person’s consent.

She’s told you to stop, she kept saying no, but you kept going. She may have even put up physical resistance (albeit to get herself off on the idea of being dominated). You certainly were persistent when you think about it, weren’t you?

How would all this sound in court?

Before you know it, you’ve just made the sexual offenders list.

OK, so the above scenario is a little extreme, but it raises some good questions: Where does token resistance end? Where does one draw the line?

I once dated a young Yuroba girl from Lagos. We were sharing our ultimate bedroom fantasies. She surprised me when she revealed her most desired sexual experience:

“I know it sounds strange, but I always wanted to be raped.”

She told me she wanted a guy to pounce on her and no matter how hard she fought, kicking and screaming, she would ultimately have clothes ripped off her body, get slapped around and get fucked hard. She wanted him to call her a “Stupid Whore!” and a “Fucking N!*g€r!”. She wanted to feel helpless, used and worthless.

It blew me away. How could any woman want to get raped? Then I asked myself a more puzzling question.. How do you rape a girl to fulfil a fantasy without actually raping her?

Here’s your get out clause: The Codeword.

Every time I’m with a new lover and things are getting heated, I introduce a codeword. This codeword means stop, unconditionally. Any other string of words may be interpreted as meaningless utterances. Often when women say “Stop” or “No” is just means “Try something else” or “Not quite yet”. Only the codeword truely means stop. A semantic ruse perhaps, but an important one.

A codeword I often employ is “Bananas”. This way I give her permission to resist verbally as much as she wants, but at the back of her mind she knows she can terminate any action with the word “Bananas”. 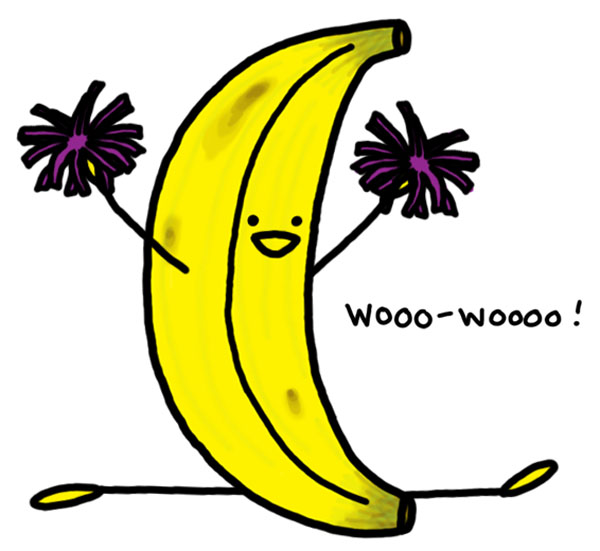 Not only does this create trust, it’s also fucking hilarious. Any discomfort she may feel is instantly diminished with such a stupid phrase. The codeword creates a playful dynamic to an otherwise primal act.

Other good codewords off the top of head: “Frappuccino!” “Hippopotamus!” or “Babyshit.”

Make sure it’s a funny word and totally not sexy, as she will be less inclined to use it.  Such a word would completely destroy the mood, so if she uses it you know she means business.

As for my girl’s fantasy…. one day I burst into her room, grabbed her by the mane,  handcuffed her, beat her with my belt and assaulted her verbally while I made her to do whatever demeaning sexual act I saw fit.

So go ahead, fulfill her darkness fantasies.

27 Responses to How to Fulfill your Girlfriend’s Dominance Fantasy