Snapshots are mini town/city guides for smaller places or cities I have only experienced briefly. Here’s a little snapshot of LA. 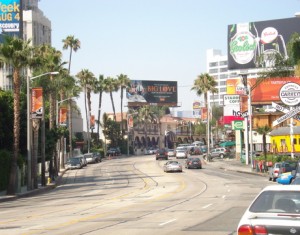 With the exception of downtown, most of Los Angeles feels like a never ending village with low rise buildings sprawled out for miles on end. Coming from N.Y.C it felt extremely relaxed. The beautiful weather and beaches were a welcome break from the cold East Coast winter. There is also lots of cool stuff to do if you’re here for a few days.  But bars closing at 2AM and sucky logistics cost the city major brownie points.

Every wannabe actress on the planet ends in LA, so you’d expect the talent to be good. However, on first impressions I noticed a lot more jaded cougars than young starlets. My very first tweet from LA was “I’ve never seen so many middle aged women with breast implants.” While it’s true the city is not short on young beautiful women, you don’t see these women  in abundance on the street. However, hit up the right places after dark and you’re sure to see plenty of Grade-A totty.

And what the character of the LA woman?

Not a great review, but I can deal with the sexy part.

If you want to get laid in the city, I recommend this post by Christian McQueen. 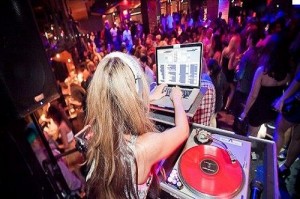 The main two nightlife areas are West Hollywood/Hollywood and Santa Monica.  I found the city pretty dead mid-week, but there was a good bit of action on Saturday. One thing I like about L.A is that there’s a lot more rock bars than NYC.

That said, I can’t give any hearty recommendations having only spent four days there.

I’ll hand it over to the experts. Read these:

Weed is so easy to come by, it will find you.

Aside from that, there’s a few cool things to do on your visit. I strongly recommend Universal Studios. After that, check out the Chinese theater and the walk of fame in Hollywood, and take a stroll down Venus beach.

Cool vibes for a few days, but getting around the city is a pain in the ass.