I hate to say it, but racism in the US is here to stay. While noble, the dreams of a post-racial, egalitarian society where blacks and whites live in harmony are a liberal fantasy. In reality, the numbers just don’t add up.

In Europe, the best universities are state schools (the UK being a notable exception). Furthermore, the government soaks up the costs of tuition fees. When I attended university in Ireland, all undergrads were practically free, for example. While in Scandinavia, they even pay you to go to university. In fact, only dumb kids are forced to pay for private schools!

Under the European system, no matter how rich or poor your family was, everybody has an equal opportunity when it comes to getting an education. It’s a system based on merit, not the money in Daddy’s bank account—there is high social mobility.

However, in America, it’s the opposite. The best schools are private. Dumb rich kids can buy their way into good schools, whereas smarter, poorer kids options are limited. And not only are state schools lower-ranked, but they aren’t cheap either. After all, when you spend hundreds of billions of dollars on the military (accounting for 40%+ of the global spending), properly subsidizing third level education is virtually impossible.

In other words, there is almost no social mobility. 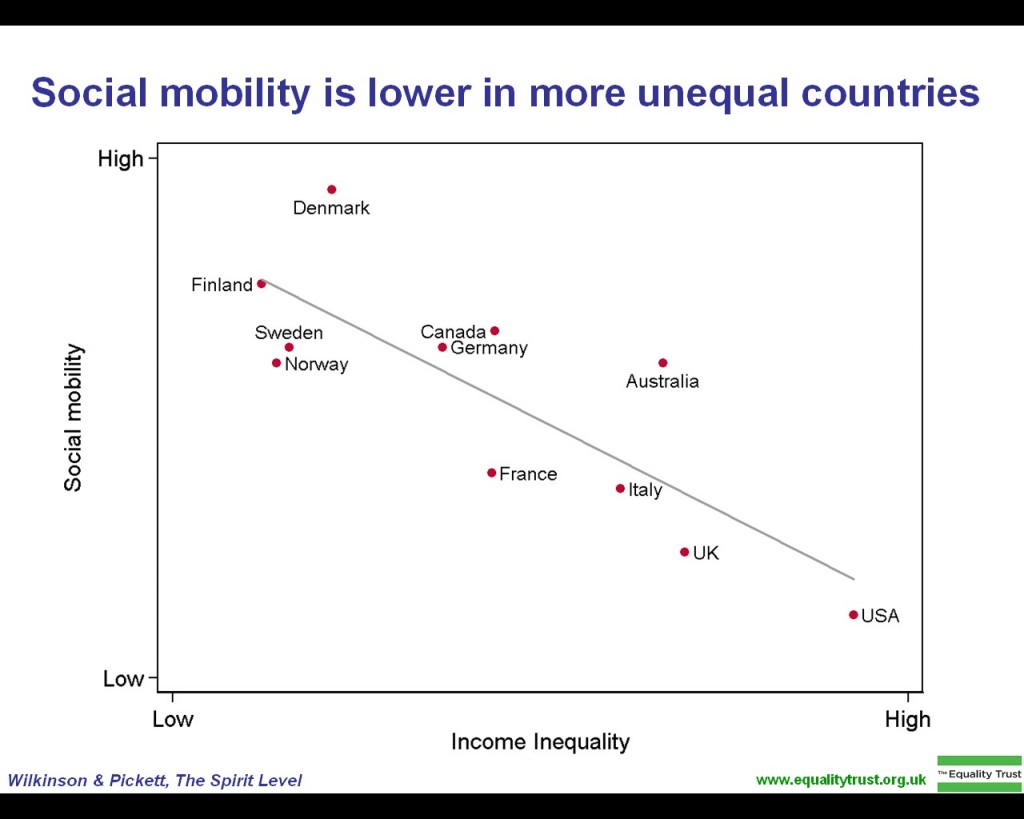 The thing is, it’s not only race that continues to divide people in America, but it’s also class. The problem is the two go hand-in-hand as the majority of blacks come from lower classes.

So what happens when you combine lack of education, poverty, and a historical context of slavery and institutional racism?

You get ignorance, high crime rates, and—you guessed it—a shit ton of prejudice and racism on both sides.

And nothing is going to change. The inequitable education system will remain, and the gap between the classes will continue to widen.

Those are the facts written in black and white.

As I said, America is fucked.

28 Responses to Why Racism in America is Here to Stay