Snapshots are mini town/city guides for smaller places or cities I have only experienced briefly. Here’s a little snapshot of Washington D.C. 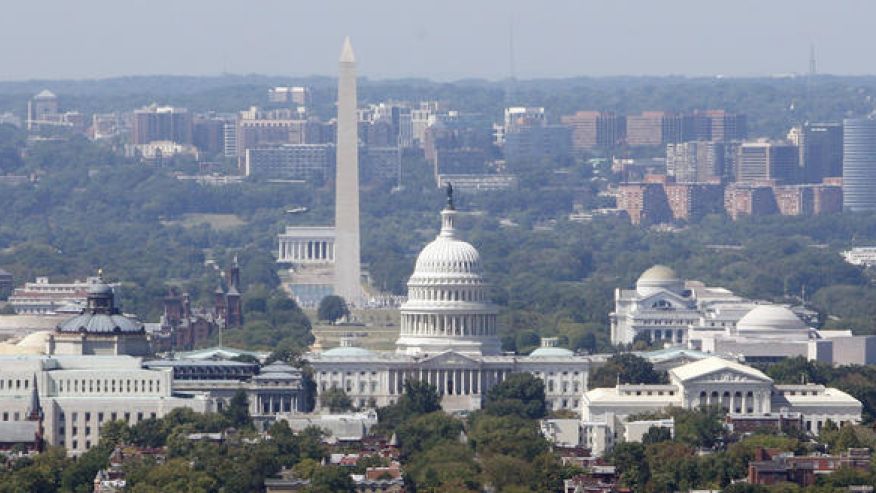 Walking around the city center, most visitors would describe Washington D.C. as a beautiful little city. The tree-lined streets, the superb monuments, the museums, and vibes of Little Ethiopia make it a great place to visit for a couple of days. Last call for drinks is at 1.30 and the quality of women isn’t a patch on other American cities, but despite that, I would highly recommend a brief visit to see the sights and take in the city’s unique atmosphere.

After seeing the women in D.C., I’ve a new-found appreciation  for NYC. 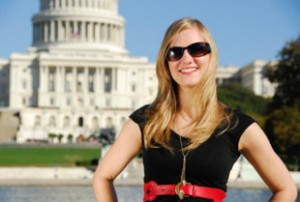 To quote the Latina chick I was with, DC chicks are “bran-muffin bitches.” There’s plain-looking, boring, fatty, and the only reason people bother is because there’s no other options. Everything you’ve ever heard about them is largely true. I can see why Washington D.C. Sucks for Men.

The answer is written in black and white… literally.

Firstly, the demographics suck. Coming from New York, the Hispanic and Asian populations in DC seemed practically invisible. Despite being the liberal heartland of America, there’s not much diversity. The city is 50% black and 40% white—with all the sexy and demure females replaced by a bunch of social justice warriors (SJWs) in the form of opinionated African-American women who harp on about “white male privilege”, and entitled, career-obsessed white women who are allergic to heels and walk like gorillas.

If you like it black, there’s still plenty of good options, but for those who like milk, I hope you like it spoiled and clumpy. Although I’m sure that beauties exist (they’re called tourists), I honestly did not see one white D.C. women that was worth a second glance.

Lower-class thug-wannabes are also to blame.

I reckon the reason many D.C. women don’t dress up or take care of themselves is because of

the ridiculous amount of attention they receive from saggy-pants wearing, self-described ‘niggaz’ in the city.

In NYC, at least these type of guys show a little respect when you’re walking down the street with a nice body beside you (perhaps because Latinas are a dime a dozen here), but in D.C., my girl got constant attention, sexual comments, barked at from cars, and guys even tried to pick her up even though she was on my arm!

I can now begin to understand why the ‘stop street harassment’ signs are up on the subway. 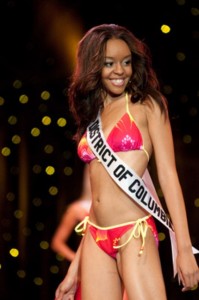 Aside from the annoying SJW crowd, D.C is a pretty good city by American standards if you’re down with the brown.

In New York, most black women are lower-class, grammatically challenged weave wearers, but in D.C., the black women I encountered were well-educated, urbane types from middle class backgrounds who weren’t afraid to rock their natural hair. It was rather refreshing.

The city also has the largest concentration of Ethiopians in America. These girls tend to be better looking than their American counterparts and are far more feminine, too. You can find them hanging out in Little Ethiopia around U Street. 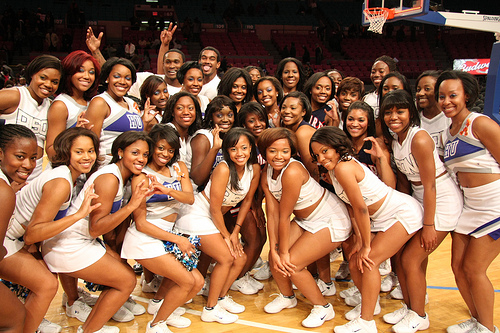 Home… because they’ll kick you out of the bar at 1.30 a.m. when the party’s only getting started. It felt like I was 14 again and had a curfew.

Anyway, if you’re used to such nanny-state opening hours, nightlife in DC is relatively decent. Around the U Street street corridor (a popular nightlife area by Little Ethiopia), I was pleasantly surprised to find several places busy midweek—a rarity even in NYC. Many of these venues were pretty cool, too.

I was highly recommended Marvin Rooftop and it didn’t disappoint. This was easily the coolest place I visited. Despite it being a rooftop, it had a laid-back, unpretentious vibe with a DJ and a few decent looking black girls (all the white girls were there with guys). 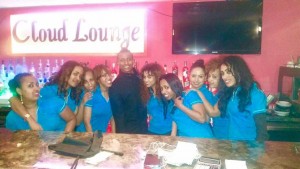 For Ethiopian girls, the best spot I found was Cloud Lounge. Even on a Monday night the place was packed and had live music. Aside from those mentioned, I also went to see a free-style rap battle at Apple Lounge which was pretty cool, but I couldn’t recommend it unless you want to deal with ratchet chicks.

Apart from my limited experience around U street above, here are the Top 5 Best DC Bars to Pick Up according to Virgle Kent.

You can also find more information on other areas here, here, here and here.

Check out all the famous monuments, obviously. I also highly recommend the Air and Space Museum at the Smithsonian. Entrance is free.

Check out the POV Lounge rooftop at the W Hotel for a beer and a great view after a day’s sightseeing. 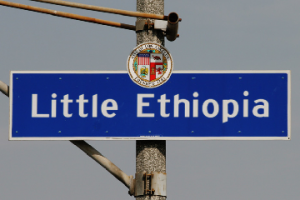 As for accommodation, I used AirBnB and found this place. (I linked directly to their website so you can bypass the AirBnB fees).  I couldn’t recommend here highly enough. It’s right by all the nightlife on U Street, is self-check in (so you don’t have to worry about owners), and the price is right, too.

You smell weed everywhere in D.C.  Check out here for more info. It’s easy to pick up in Little Ethiopia where you’ll see plenty of Rastas and a few hustlers hanging around the bars. Take usual precautions.

Finally, make sure you try some Ethiopian food! Tibs and Kitfo are my favourites. Here’s a little video of me eating and talking about it.

I wouldn’t like to live here, but it’s a fantastic place to visit for a few days.

New York Guidebook for Men: Help Me Pick a Title
The SWAN Effect