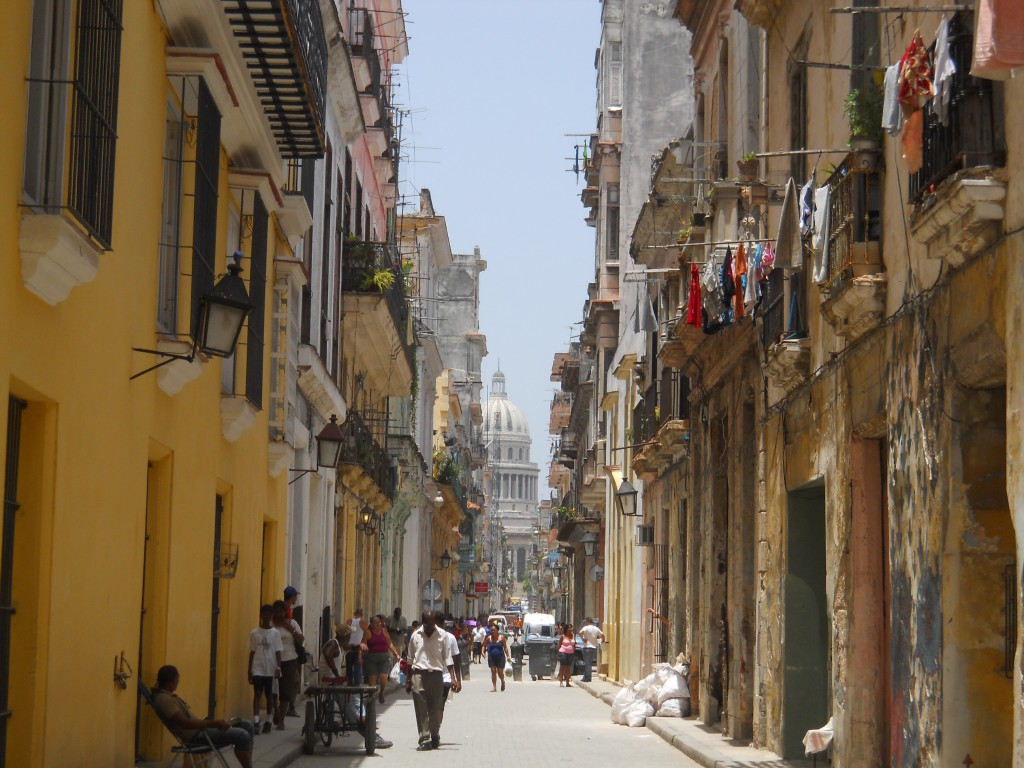 Havana in a word: Memorizing.

Havana, and Cuba in general, is not like anywhere on the planet. It’s easily my favorite country in the Caribbean. It’s like somebody pressed the pause button in the 50’s.  This makes it an amazing place to visit, but it’s not without its frustrations. Communication is a nightmare. Internet is expensive and only available in hotels—and expect to queue an hour to put credit on your phone (that’s if you can even manage to get a sim card!).  Don’t expect any choice when going to the supermarket. Prostitution is endemic, few people speak English, and the nightlife can be a little spread out. But all that said, the pro’s far outweigh the cons. It’s just like you imagine it: The old 50’s cars rolling by, the sound of salsa bands coming from every corner, and sexy girls of every shade and shape abound. Unplug, grab a mojito and light up a Monte Cristo. You’re in Cuba, baby!

ATTENTION: Before you read what’s below, read my guide: Sex in Cuba: 5 Tips for Hooking up.

Appearance: Cuba will surprise you. It’s extremely multiethnic. I expected the population to look like the Dominican Republic, but Cubans piss all over Dominican girls. The sheer diversity and caliber of women will cater for any man’s taste. You’ll be  surprised how white the population is. And if you’re into black girls you’ll see the best in the Caribbean. Latinas, mixed race, even the odd blonde—Cuban has it all. And as for their bodies? You rarely see obesity. Girls here know how to take care of themselves. They are quite petite and the average height is 1.560 m (5 ft 1 1⁄2 in).

If you’re looking for something a little different or don’t want to deal with the Cuban hustle, there’s plenty of tourists for Russia, Europe and East Asia as well. The bottom line? Cuba takes 1st place for women in Caribbean in terms of quality.

Attitudes: Alas, this is the chink in Cuba’s armor. In a country where the average salary is around $20 (if you don’t believe click here, here, or here), most Cuban girls are only interested in one thing: money. Payment for sex is considered default mode in most sexual interactions, whether you meet her at a bar or in the street during the day. However, you can find genuine romantics who don’t play the game and just want to fuck you. Cuban girls are also quite sensual, feminine, and love sex.

Gaming Strategy: Just read my 5 tips for hooking up.

Accommodation: You’ll more than likely be staying in a Casa Particular, sharing a building for a family or private individual. Try and get a building with an independent apartment where you have full access. This way you can sneak girls in. Regardless, most casas will let you bring girls back provided they register. It’s the law there. Just ask your casa owner if girls are allowed back. I recommend staying somewhere on San Rafael in el Centro, as you’re in walking distance to every nightlife spot minus Miramar.

Gym: Cuban gyms are an experience. They’re basically people’s homes, crammed with ingenious machines made from scrap metal, with crude, unmarked weights of all sizes. They usually have everything you need. Just ask around for the nearest one. I used Raul’s place here.

Getting High: Havana sucks for drugs. Weed is hard to find,  expensive, and the quality is awful. The stuff we got barely gave us a buzz. Penalties for drugs are harsh in the country so the locals don’t risk dealing. Also, beware of scammers trying to trick you by wrapping up oregano and other herbs.

Havana nightlife is a tough nut to crack open. As a tourist, finding out a good party scene is a chore. Hopefully, I can help. Havana’s nightlife is essential split up into four parts: Old Havana, Central Havana, Vedado, and Miramar. 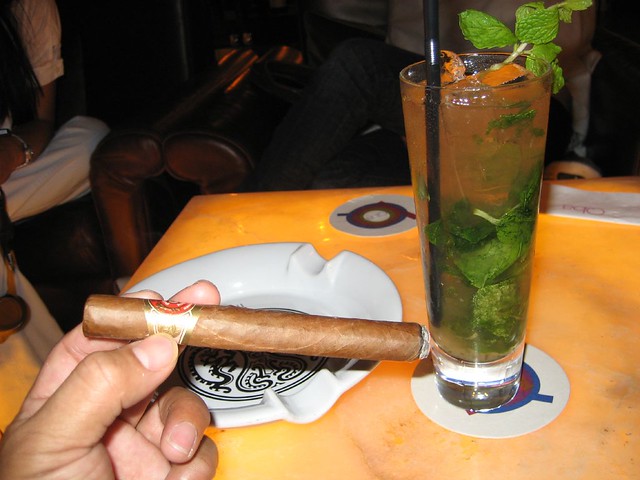 Old Havana oozes charm. The main strip, Opisbo, has many small bars serving cocktails to a house Salsa band. A bar crawl is this part of town is mandatory on first arrival. Factoria (The Brewery) on Plaza Veija is a good drinking spot, too. However, while I love the vibes here, Old Havana is not the place for girls.

Miramar is the most affluent area of Havana. You  have a better chance at meeting non-pro and middle class girls here—but prostitution is still rife. It’s definitely worth exploring, but know that the venues are really spread out, it’s a bit out of town, and it’s only worth a trip on the weekends.

Central Havana has a few popular options, but it’s 90% prostitutes. You will no doubt hear about Casa de la Musica. It’s consistently busy, but over-rated. It’s basically a large theater with a pricey admission where everybody spends the night sits down watching a live performance. It’s only late at night when everybody starts dancing.  There are plenty of hookers, but they’re also some genuine girls and tourists about. If you’re not in the scene here, check out the basement nightlife at BelleVue down the road. It’s a little pokey, but it’s cheaper and more of a club vibe. It’s pretty shit though, and full of hookers.

Vedado is the last place on the list. Hosting a university and a larger middle-class, I rate it the best place to meet genuine Cuban girls in Havana. Avenue 23 is the nearest thing to a nightlife strip in the area. Aside from that, the best places to meet people is drinking on the streets, which are literally swarmed with youths on the weekends. You will also notice a lot of rocker/emo types around. Check out Avenida de los Presidentes and the seafront, the Melancon Habanero, right around here. Grab a bottle of Havana club and make some friends.

I was in Havana for six nights with a group of four lads. I researched like a mad man in that time. I loved the city, taking Spanish classes by night, parting at night, but the first few nights were frustrating. I was getting a ton of make-outs and numbers, but they all either turned out to be hookers or hustlers. It was only when we started hitting the streets of Vedado on the weekend that things started to happen. I got my Cuban flag on the Saturday with a sexy student. And re-raised it with an expatriated Cuban singer I exchanged number with on the Malecon the same Saturday. 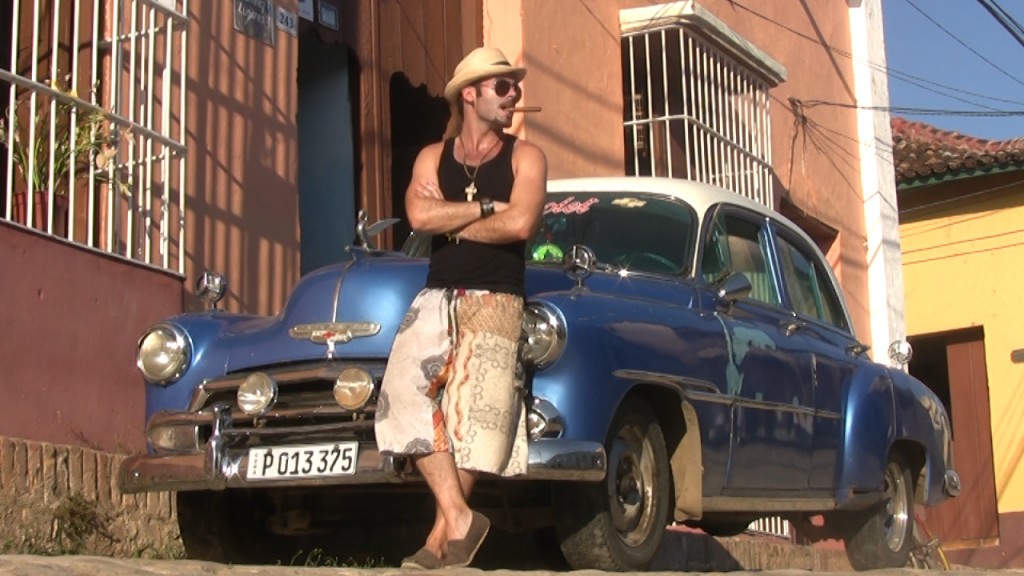 For more info on Cuba, or if you have any questions, check out the links below or leave a comment.

Cuba Discussion on the Forum.