Snapshots are mini town/city guides for smaller places or cities I have only experienced briefly. Here’s a little snapshot of Nassau.

A main street in downtown.

Nassau is a small, well-developed, Caribbean town. The people are, by far, the friendliest I’ve encountered in the Caribbean (all countries west of Puerto Rico). During the day, it’s flooded with cruise ship tourists, but during the night, the scene is surprisingly local and rough around the edges. It’s a lovely place to spend a few days, but it’s expensive and don’t expect to find a party outside of the weekend. 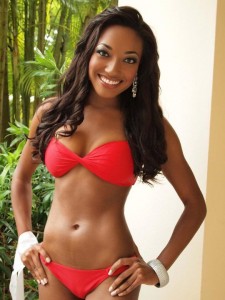 Bahamian girls are upgraded Jamaicans. They have cuter accents and are very approachable. While a lot of them are still overweight, you find a lot more cuties and mixed raced stunners. You can even find 8’s if you look hard enough. They also have a decent income, so there’s no hustle. I didn’t encounter any prostitution. Bahamian girls also like foreigners… a lot! Local guys are players who lust after tourists, and Over time, the girls have become the exact same. It’s pretty easy to pick them up.

All that said, Bahamian girls are flaky as f**k. I’ve never had as many girls give me their number or bail on dates in my life. I literally had to street spam women to get my flag. At one stage, I invited 5 girls out on the same date, and only one came through. (She was a cute 19-year with a slamming body, but that’s beside the point.) The lesson here is always try and go for the bang the first night.

Another piece of advice: local girls are very reluctant to make out with you early in the approach. Nassau is a small town and suffers from ‘big village syndrome’. Everybody knows everybody, so discretion is important. Bouncing to another spot is a good option. 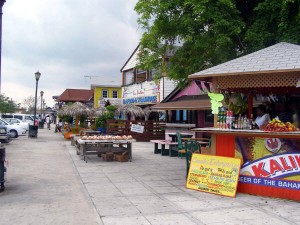 It depends on the night. On quiet evenings, there’s usually a bit of activity up at the Fish Fry. It’s a strip of local eaties and bars. Don’t expect anything more than a good meal, but sometimes a venue hosts live music and there are few cute girls around. (This is actually where I picked up my flag).

On Thursdays, ladies night at Club Waterloo attracts a small, but attractive crowd. The place is a  huge poolside club and is seriously cool. Fridays are shit, but Saturdays attract the biggest crowd in all of Nassau. If you want top quality girls, here’s the place to be. Just pre-drink beforehand. Drinks are expensive, there is admission, and if you’re staying in the center, you’ll need a taxi to get there. 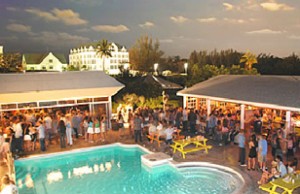 In the center, the best to party on weekends was Club Bambu. It’s a mid-size  disco bar that attracts a laid back, mixed crowd. It’s also right in the center of town. If you’re not digging that place, or if you prefer Latin women and salsa vibes, head to Tropicana nearby. Finally, if you’re looking for easy tourists and well-to-do locals, go to Senor Frogs.

Hit up the Fish Fry for some good grub. It’s worth it. You might also want to take a water taxi and explore Paradise Island.

If you’re on a budget, the cheapest place to stay is the Park Manor Guesthouse. It’s a bit of a shithole, but it has a small pool and Wifi. It costs $50 a night, but you can negotiate that down if you’re staying longer than three nights. I got five nights for $210. There’s a gym here that do day passes for $10.

There is also plenty of weed around. Just walk down Bay Street and you’ll be offered it by the local Rastas. They will rip you off, however. Don’t pay more than $20 for a decent bag. Locals are buy $5 bags, which are prefect if you only have a few days.

Overpriced, but a nice place to spend a long weekend.