Dakar in a word: Soulless.

Beer: €2.50-€5 for a small Star beer.
Bed: €35 for a private room.
Bud: ? No more than $4 per gram.
Board: €7 for an average meal in restaurant.
Budget other: You will taxis to go anywhere. They are not cheap. One trip downtown during the day and a nighttime excursion will a cost minimum of $20 a day. It’s $10 entrance to most clubs every night, some places the beers cost $10 too! Also budget for trip to Goree island.

Dakar is my least favorite city in West Africa. It’s ugly, the people aren’t very friendly and it’s prohibitively expensive. Getting around the city is a chore. The good news: it’s highly multi-cultural and you can find a party most nights (if you have the cash), but the scene is rather soulless. Go for the weekend, see the renaissance statue, have a few beers, chat up a few chicks, then leave.

If you haven’t already, I’d strongly recommend  you read my article Sex in Africa 101 before continuing. 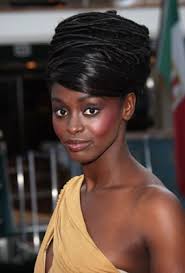 Like in many parts of Africa, all the good looking women are nocturnal.  The standard on the street is poor, but if you go out during the weekend to Los Almadies, your head will be spinning! You will easily see some of the sexiest bodies of your life. If you like slim, brown model-types with long legs and ample T&A, you will be in heaven. Why all this talent? All the prettiest girls of the surrounding Francophone countries come here to do some gold digging. During the week, nearly every girl out is a hardcore pro. At the weekend, you are more likely to meet wealthy local girls just out for a good time and expats. If you look foreign, you have zero exotic capital as most guys who can afford to go are non-black. You will need a little French in most cases, but many girls have very basic English. Enough to say “You need friend?” or “We go home?”. Most girls are Muslim and do not drink. Expect to be asked to pay for $6 cokes. Never do this. In my experience, Dakar has the most hardcore pros in West Africa. Be careful. Consider pipelining to weed out decent women. Day game is also an option, consider restaurants and malls.

The nightlife is Dakar is very disappointing given the population. Nightlife is sparse with the exception of the overpriced Los Almadies strip. In all likelihood you will end up here. Dakar is considerably more enjoyable at the weekend. Ask around, I’m convinced there’s a better Dakar out there somewhere.

Busy every night, free in and on the strip: this place restaurant / bar / nightclub looks like it should belong in Havana. It has a great vibe and attracts tons of gorgeous girls. Most end up in the pokey nightclub attached. Be warned as soon as you enter the club part the drink doubles in price. You will be spoiled for choice, but remember most girls are not there for the atmosphere. Considering exchanging numbers and meeting up when she’s off duty.

Up the road from La Patio. You are more likely to find good girls here. The most renowned club in Dakar has an entrance is $10 everynight and  beers are the same price. If you got the cash to splash head here after a few warm up drinks in Le Patio.

Le Mix in the opposite direction is similary priced to Duplex, but the crowd’s a little older.

Where to buy marijuana: Not that easy. Dakar is a world away from Gambia and the locals are quite paranoid of the police. Ask the staff in your hotel. Your best bet is to bring some in Gambia. They didn’t check out bags at the border. There is a lot of tourists on this route.

Marijuana Prices: Unpredictable, don’t get ripped off. Typically a small bag of a little over 5 grams should cost no more than $20.

Mixed. My french was seriously put to the test as it was the start of our trip. We stayed here four nights but end only going out two. The last night I brought back a girl from the Congo, but that didn’t end well (complicated). I was asked out by a sexy Senegalese waitress but alas I was leaving that day. In truth, I was delighted to be leaving Dakar; the city is a shit hole.