Snapshots are mini town/city guides for smaller places or cities I have only experienced briefly. Here’s a little snapshot of Brno.

Brno at it's best

What are one’s first impressions of Brno? 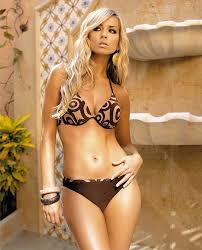 Eastern European countries. This doesn’t change the fact the country produces some of the best looking women on the planet. The standard here is still much higher than in the West and sexy girls are not hard to find. A more detailed description of the Czech ‘look’ will feature in my upcoming Prague city guide. The good thing about Czech chicks in Brno is they have less exposure to foreign men than in the capital (flagalicious). That said, at night time it’s still a little more difficult to pick up here than in non-EU capitals in Europe. Because of the college scene, everything revolves around social circles. Social proof is crucial. Not a bad city to pipeline. During the day, hit up the universities. Getting laid here shouldn’t be difficult if you have a few days, Czechs are pretty liberal.

I rate Brno’s night-life over Bratislava’s. There’s something going down every night in the city, but the venue changes depending on what night of the week it is. Most places don’t get going until quite late. The weekend is open season. Monday nights and Thursday nights the place to be is  Livingstone. Your best bet is to just ask around though, students will give you the best advice. Alternatively, check out the Brno Night Life facebook page. If you’re on a date or want to buy/smoke weed head to the Hobbit. It’s around Maresova street with a tiny green sign outside it. Most locals don’t even know about this underground gem.

Nothing compared to Prague, but a worthwhile stopover.