As you are probably aware, when it comes to the gene pool I’m all about diversification. Mixed race girls are SEXY. Anyway, the other night I hooked up with a Japzilian chick. This delicious mix has inspired me to do a post on some of the tasty genetics fusions the world has to offer. Rather than generic mixes like Mulatto (Afro/Euro), Eurasian (Euro/Asian) Blasian (Afro/Asian), I’d going to delve into more exotic fare. Let’s see what’s on the menu…

Comment: A Japzilian may sound like a type of giant lizard, but manifests itself as a babeosaurus. Cute Asian features with darker skin and sexy Latin assets – no wonder I’m dating one!

Comment: If anything good came of the Islamic Revolution in Iran, it was thousands of Persians escaping to Sweden. Take a soft, blonde haired, blue eye Swede, mix it with a striking, black haired Iranian and viola!

Origins: US, Cananda, Ireland and the Philippines.

Comment: On their own, neither race is OMG attractive. But when fused, watch out! Both cultures share the English  language, a Catholic upbringing and mate quite often. This commonality has produced incredibly sexy offspring. In all likelihood, my kids will be Phirish. 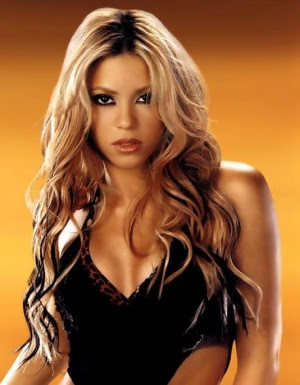 Comment: This is a particular beautiful breed. Expatriate Lebanese have been doing there job in Colombia, and have produced some of the sexiest girls on the planet. Shikira is Colombanese.

Comment: Ethiopians are sexy as hell, so when the Italians came to town during world war two, there was always going to be some cross-breeding. Even ugly couples make super human sex bombs. Result: the sultry, curvy  and much coveted Itiopian.

Comment: My personal favourite. The Japs are at it again! When two of the hottest races in the world are in close proximity to each other, you know some serious shit is gonna go down. Dam, could anything be hotter? I know what I want for Christmas!

So there you have it. If you know any other sexy mixes, leave a comment with a picture link and racial composition…