Kuta in a word: Party!

Beer: Around  €1 for a bintang.
Bed: €5 for the cheapest private room
Bud: €5 per gram
Board: €2-3 for most meals.
Budget other: Rent a moto and see the real Bali.
Currency Conversion

Some say Bali is too touristy, uninspiring and over-rated. BULLSHIT. Bali is the business (at least for a few days). Beaches, babes and cheap cocktails; what more could you want? Kuta is the island’s premier destination for night-life and it certainly doesn’t disappoint. 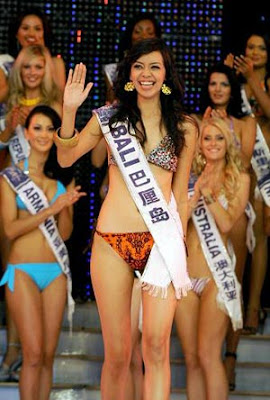 Bali is a suburb for women. You have lots of options in terms of ethnic groups, each of which have varying degrees of quality and difficulty. On the lower end of the scale is the drunk Aussie girls; an easy lay perhaps but quality is generally poor. A much better option is cheeky Javanites; promisous Muslims who come to Bali to bask in relative liberalism. Many are drop-dead gorgeous and easy enough to pull. Be wary, some are semi-pros. Then there are the odd Eastern European and Japanese girls, which needless to say, are stunning. They get creeped on constantly, so require a little more effort. Finally there is my pick: local Balinese girls. Beautiful, feminine and eloquent, a Bali girl is for keeps. They don’t screw around and have good values (having children out of wedlock is seriously frowned upon).

That said, if they like you they will have no problem being intimate with you. These sweet girls really know how to please a man and their accents will make you melt. If you want to hook up with one I recommend day game as most have day jobs in Kuta. At night, they hang out in groups with their friends. Like most women in the region, they prefer westerners. If I had to marry any girl from South East Asia, she would be either Filipina or Balinese. I hope you find your Bali girl 🙂

Kuta has plenty of options in terms of nightlife. More than likely you will find yourself on Jalan Legion, which has the biggest concentration of nightspots. Go to the bounty if you want to hang out with a load of pissed Aussie students. There is a lot of cool bars on Jalan Poppie 2 with live reggae music most nights, a good starting point.

Good crowd, good music. This place provides a good medium between the bounty and the next place I recommend…

A wee bit seedy, but I love this place. Three stories of sexiness. No matter your taste, this is the place to be if you want to get laid. Both me and my mate had no problem scoring here. 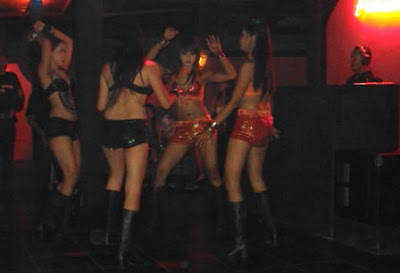 Nomad’s input: Not worth it, most dealers try to rip you off and sell you absolute muck. Go for some mushrooms!

Legislation: Possession, Sale, and Consumption of Marijuana is Illegal and punishable with prison 10 years prison and the death penalty is given for trafficking.

Law enforcement: The laws are enforced strongly. Police will except bribes, and generally know not to hassle tourists without due cause.

Where to buy marijuana in bali: Head down to Poppies lane in Kuta and walk around the square that area has a high concentration of dealers; also you can hookup from other tourists, particularly Aussie surfer dudes. I suggest u smoke a bit of it first to test it, I couldn’t even manage to score real weed despite the myriad of dealers.

Bali Marijuana prices: Aceh Weed and Nepalese hash 500,000 Rupiah for a good 10 grams, though make sure you bargain you will initially be charged much more and u can get the price down to 350,000 Rupiah. Australian hydro varies, Aussies get better prices than others, though its about 30 USD for a gram, but as I said earlier prices vary greatly ive heard people saying they’ve paid as much as 80 USD for a gram.

After an incredible bike trip around the island, I landed in Kuta for 4 nights. I didn’t even stay my room once. I approached a tight Javanese girl the first night and went back to hers. Earlier the same night, I gave out my number to a cute Balinese beautician (she was only 4’5!). She text me the next day and asked me over to her place. We really clicked. I had a few dates with other girls each day but I just going back to her; it was hard to upgrade. The last night she experienced her first mushrooms. It was my first trip with a women and it was an unforgettable experience. She cried her heart out when I was leaving; I even shed a tear or two. 🙁