Ahh.. Baltic Bliss. This medieval city is one of my favourite places in Europe. The old town is incredibly charming and the women are incredibly beautiful. Don’t miss the Old Town Days festival in June. 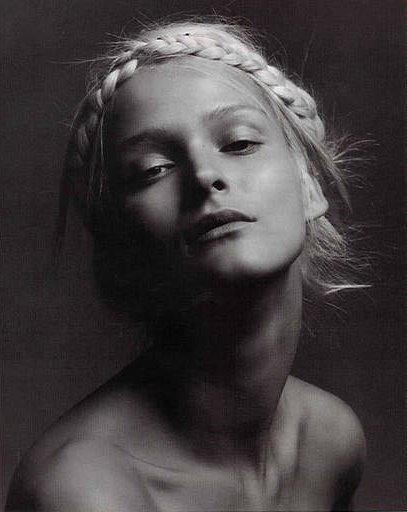 Hubba hubba! How hot you think the girls are will depend on what direction you are coming from. If you’re coming from Riga, Latvia – you’re spoilt for life and nothing will compare anyway! If you’re coming from nearly every other country in the world you will think you struck genetic gold! The quality is supreme; lots of slim blondes with great smiles. The ratio is you’re favour too! Estonia is one the only countries with more girls than guys. They are very approachable in bars and during the day. The city is small so sometimes the girls get a little paranoid as they don’t want to appear promiscuous. Kissing is public is fine, but getting her number for a private meet up is the best strategy if you take it further.

This cosy, underground bar has cheap beer and live music. It’s ideal for a pint and some chat with your buddies. It picks up late and has a great atmosphere on the weekends. It’s also a local hang out, attracting an alternative crowd and the sexy rebellious types. There’s no tourists and the girls end up picking US up in this place.

My bro who lived here several weeks reckons this is the place to be!

*Another source suggests club Venus as a good pick up place.

Legislation: Estonia has softened its approach to drugs. In 2002, new laws reclassified ‘small amounts for personal use’ as a misdemeanor (previously, it was a criminal offense). However, those at the top end can get into trouble.

Law enforcement: Police in Tallinn are everywhere – especially in the old town. while they never really pull you over and I’ve never seen anyone get searched by them in the street, their strong presence alone is cause to exercise common sense. Apparently, they can issue a charge sheet, but apparently, they almost always suspend or defer the misdemeanor hearing in the interest of efficiency. However, if there are special circumstances, you could get into trouble. Furthermore, whatever you do, don\’t drive under the influence. In Tallinn, police come down harshly on drink driving and some traffic offences. If you are pulled over and you are stoned on top of that, you may well see the inside of a jail cell.

Where to buy marijuana: Tough one. The best advise I can give is to find well connected ex-pats. You need someone who knows someone. The belief that you’ll just happen to come across it sooner or later is wishful thinking to say the least. The latest reports say “Your best bet would be going through Old Town asking people. Just look for people who look like they smoke, if a person is wearing Air Forces (nike) he’ll most likely hook you up if he trusts you, he’ll most likely speak decent English too. Almost all people that wear “rap” gear smoke mary in Tallinn. Make sure you watch out for the cops while doing so and make sure to make the person trust you somehow. There is a lot of undercover cops in Old Town. So most people will most likely ignore you, but if they trust you it all depends on how much dope you are looking for. They’ll most likely have to take you somewhere safe to make a deal or they’ll have to go pick it up if you’re looking to get lots. Go through parks, you might find someone smoking there. Ask around the kids hanging around in Park Lepistiku in Mustamae, you’ll most likely get a hook up there.

Marijuana prices: About $18 USD for a gram. Latest reports put it higher “Starts at 35 euro a gram but if you need a lot the price drops.

Brands: Skunk is available. The skunk I came across was fruity and full of crystals. Really blew my head off too, but apparently, it’s not always that good.

More information: Relatively lax laws, but few people smoke it in estonia (even young people). Alcohol is the drug of choice by and large and pot is simply difficult to come across.

Put your Bob Marley shirt on and make sure people belive your actually not a cop.

Tallinn is beautiful to walk around in the day time. We were there during the old day’s festival and the buzz in the city was electric!

First night : went to Levist Väljas with four friends. I got a pre-invitation from a white-blonde emo chick at the next table. Went over asked her name, then just kissed her cheek and went to the bathroom. She later asked me to go outside for a “cigarette”, we just left and made out like crazy. I took her number and carried on.

Second night : invited her to my hostel for a bottle of red. After the bottle the conversation went something like this…

“So am I staying with you tonight? I need to tell Mama if I’m coming home” She asked.

“Yeah, if you want” I said. (holding back my elation)

“You know I used to swallow swords in the festival.” she informed me.

“Really?”  (I tried not to cream myself)

Why I wake up feeling good!
Kampala City Guide