A few years ago, I made a list. It was comprehensive and contained the most desirable attributes for the future mother of my children. Her was my list of ideals (in order of priority): 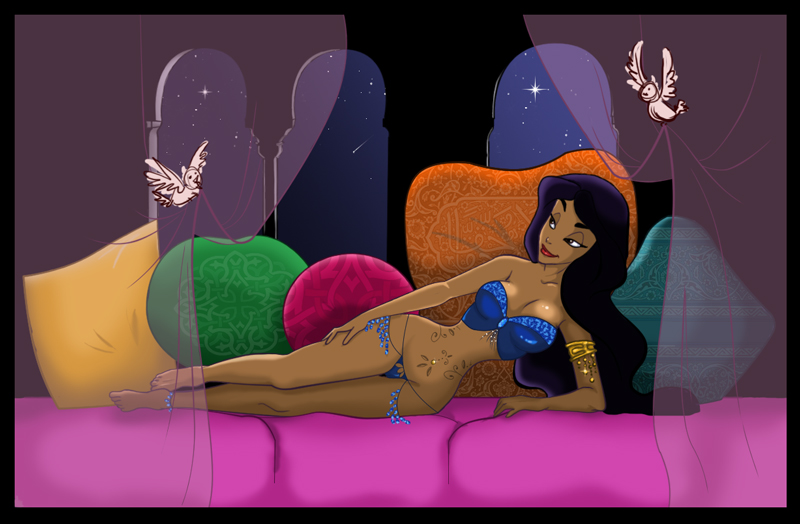 Oh, and a cartoon-like hip to wait ratio if possible…

That was my list. So I figured all I had to do was find a drop dead gorgeous, liberal English-speaking French Arab singer.

And guess what? I found her.

She was a famous Lebanese pop star I met my second day in Beirut. She was stunningly beautiful and literally ticked every box on my list. (Oh, except she spoke four languages, not three!)

We had an intense world-wind romance and fell hard for each other. After only one week together, she dropped the L bomb and told me she loved me. “I’ll wait for you,” she told me. “I know you want to travel the world and be with other girls. When your finished, I’ll be here and we can raise a family together.”

It was a dream come true.

BUT (there’s always a but) as the old saying goes, be careful what you wish for. On paper, she was everything I could want in a women, but like everybody, the girl had her flaws. Some of you know may know who I’m talking about, so I won’t give details. Sadly, it was something in her past I couldn’t overlook or remedy. Furthermore, her fame has skyrocketed since we last met,  so her lifestyle isn’t exactly conducive for a stable relationship. The important thing to note was, at the end of the day, these things made the girl a bad mate choice. My gut instinct turned me away. And I trust my gut over my heart. We still keep in contact, but she’s nowhere near no.1 on my list of potentials.

Since that experience, I’ve been far more open to the kind of babymama I might choose.

She might be an actress or a quantum physicist.

She might be a devout Muslim and wear a hijab.

Hell, she might even be a local lassie from my little village in Ireland. *Shudder*

The point is, you can as logical as possible about your mate choice, but when it comes to love, you need to FEEL it. At the same time, you also need to beware of the power of your emotional brain when it comes to your decision making. Love is blind. (Sometimes you fall for a jealous ex-murderer, for example).

The key is to let your heart be open, but still keep your head.

Now, my criteria is very simple. My future babymama should be:

The rest I’ll figure out with my gut, my heart, and my dick.

Have you ever found anybody who ticked all your boxes? Did it work out?

18 Responses to Forget Your Ideal Woman