Some of you may remember the final passage in my book, when I answered the question: What is the one thing I’ve learned from travelling the world? My answer was this: If anything, I’ve unlearned more than I’ve learned.

The concept of breaking away from one’s behavioral conditioning / socialisation is quite well illustrated in ‘The Red Pill’ concept which has become a central tenet of Manosphere thinking.

Taking the Red Pill is the first step in ‘unplugging from the matrix’ and questioning your cultural indoctrination. To help you on that path, I’ve devised 5 concepts that you must unlearn for you to rebuild yourself as a better, smarter, more introspective person. Religion is for the blind. If you want to be a theist and believe in all-powerful sky god that will send you to a fiery underworld for eating bacon, go ahead, but ask yourself: What if you grew up somewhere else? Your world view would be as different as your words. Like language, the only thing that determines a religious person’s belief system is geography. If you were born in the Trobriand Islands, you’d believe pregnancy occurs after praying to the sun. If you were born in the Bible belt, you’d probably believe a into magic man who came back as a zombie to save the world from their sins. Both are equally ridiculous.

While there may be nuggets of wisdom embedded in every religion, that does excuse the other 95% of illogical, hocus-pocus crap that comes with it.

Determine your OWN values and develop your OWN principals after heavy consideration, wide reading, and intellectual discourse.

I suggest reading books like the God Delusion by Richard Dawkins. Then build on that by tackling the classics, the great philosophers, and modern works on the subjects of ethics, well-being, and self-improvement.

Ah yes, the immortal declaration—one of the most poisonous and pervasive ideas in Western society. Never mind the fact that the founding fathers had to audacity to pen this during mass slavery. Nowadays, equality is on the lips of every revolution, and every non-rich, non-political, non-male, non-white, non-westerner there is.

Equality is a myth. Is does not exist. It is an idealist pipe-dream. A noble idea, perhaps, applicable is some circumstances (like suffrage), but when taken too literally is has no grounding in reality. There is a hierarchy to everything and the faster you accept that, the better.

Take beauty for example. Some are born more beautiful than others. A war against “Fat shaming” won’t change that.

Take sex for example. Men are more with more testosterone and less estrogen than women, which results in different behavioral attributes. Shocking, I know.

Take class for example. People from rich, first world families will go on to be richer than those born in the slums of central Africa. We are the 99%. Boo-hoo. What you gonna do about it?

The unnatural concept of equality  should be obvious, but equalist ideology has tried to convince us that bioscience and human nature are irrelevant. Don’t be fooled.

You can complain about inequality or you can make the most of your position and do your very best to work your way up the feeding chain. Get rich, get game, get stronger and sexier.

This point is redundant if you’re a regular reader, but I’ll repeat myself. Unless you’re into game, unlearn everything you’ve been taught about women. Do not listen to women when they talk about what they want, because most of them haven’t a clue or lie about it. Most importantly, unlearn EVERYTHING your mother ever told you about women. Flowers, dinner dates, compliments… all BAD. Women say they want a man to be sensitive, giving, little puppy dogs, yet when it comes down to it, they end up falling assholes who who sleep with their best friends. You don’t have to be an asshole to get laid, but being a ‘nice guy’ will get you squat.

Learn Game and everything you can about attraction.

Adages, proverbs, or ‘wise old sayings’ are the cereal bars of wisdom. They’re good marketing that package ideology is a sentence. But not all ideology is right or wise. A good idiom may seem profound and give you the feelies, but tear open the shiny wrapper and often what you’ll inside is pure rubbish. (But don’t get me wrong, some of worth saving.)

Here’s are list of 7 examples of bad idioms off the top of my head you should immediately put out of your mind. 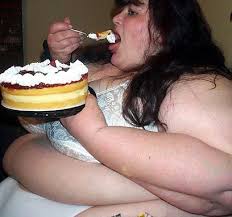 Don’t. Be better. Never settle to simply ‘be yourself’. Couldn’t you be more educated, fitter, or speak another language. Yourself if not good enough. Strive to be your best self.

2. “The pen is mightier then the sword.”

Ever got stabbed with a sword? Fuck that.

Not always. If a guy raped your daughter and you killed him, you’d feel pretty good about it. Vengeance is sweet.

This is what fat and ugly say to make themselves feel better. Beauty is mathematically quantifiable. Everybody knows beauty when they see it.

Ever heard of inflation?

5. Unlearn Materialism and The Rat Race

That’s the script you’re supposed to follow. Why? What’s the point in having a nice car, a big house, and trophy wife who spends your money when it means a life of slavery in the cooperate world?

You could make quarter of that cash online and live like a king in Asia. Or you could work part time and travel the world. Or better yet, work for yourself. Regardless, don’t spend all your cash on stupid shit just to show off to other people. Studies have shown that people are more satisfied spending their money on experiences rather than material possessions.

There’s nothing wrong with riches and wanting nice things, but if owning them things puts you in debt and forces you to work to the bone for OTHER men, it’s just not worth it.

Read books like the Cashflow Quadrant by Robert Kiyosaki or the Four-Hour Work Week. Start your own business, become a digital nomad, or just reduce your working hours, buy less shit, and use your spare time to travel, learn, and better yourself.

If there’s anything that you have unlearned on your path to betterment, leave a comment!

26 Responses to 5 Things You Should Un-learn