Snapshots are mini town/city guides for smaller places or cities I have only experienced briefly. Here’s a little snapshot of Luxembourg. 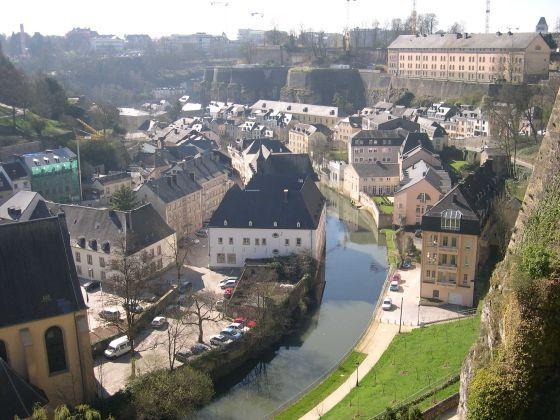 The view of  the Grund

What are one’s first impressions of Luxembourg?

The place looks like it came straight of out a fairy tale book. With it’s ye auld Saxon-like architecture, Dutch-like canals and cliffs blending with the cityscape, this walkable little city is a great place to spend a couple of days. It’s more of a romantic getaway than a bachelor’s paradise, but fun can still be had on weekends.

With a population of just over half a million, 44.5 % are of foreign nationality, with 90% of those from within the EU—so it’s not quite the mixed bag as the figures suggest. The majority of these originally come from Portugal, Italy and the two neighboring countries, France and Belgium. A more detailed breakdown can be found below. Local Luxembourgers are supposedly of Germanic descent, although the majority are brunettes and seem more French/Belgian looking. I didn’t find the average girl on the street very beautiful. Attitudes are similar to those found in Benelux countries, albeit somewhat more conservative. Girls don’t dress particular feminine and small town syndrome is a problem. That said, like elsewhere in Western Europe, hooking up isn’t particular difficult.

This question, and many others, is best answered by an expat than myself, considering I just pipelined/dated in Luxembourg as opposing to cold pick-up. It was mid-week in snowy winter, after all. That said, I’ve made my inputs below.

Interview with a Luxembourg girl

Anastasia is a young Eastern European hottie, living and working in the city.

Firstly, from your experience, what are best bars/clubs for single people in the city?

I’m not into clubs, but for bars, I’d recommend Rue du Marché aux Herbes. It’s very central street and normally “gold” Lux and International youth goes out there, drinking out of the bars in the street, standing and chatting. Very popular in the summer time. Often-visited bars there are Urban Bar, Palais House, GoTen Bar, Apoteca Club (one my favourites).

[Zolo: I’ve been to Urban. It was moderately busy midweek with hipster chicks. Not a bad option.]

What your favourite bar(s) for a date spot?

[Zolo: I visited Scott’s. It’s so-so, but its location by the canal is pretty cool.]

How would describe your typical Luxembourg city girl?

Good looking, but a little clumsy. She normally smokes, in the black leather trousers and is quite tall.

How would you describe the dating scene there in general?

Extremely bad. It’s too small. Everybody knows everybody. It seems Luxembourg is great for business, but not for dating. Except for cute Irish guys who come to visit!

Well worth a weekend. But go in summer.

Paul Janka picks up 7 girls in Lux his first day.

Luxembourg Discussion thread on the forum

One life’s lesson
5 Things You Should Un-learn