“I’m pregnant with your baby,” said the Facebook message. 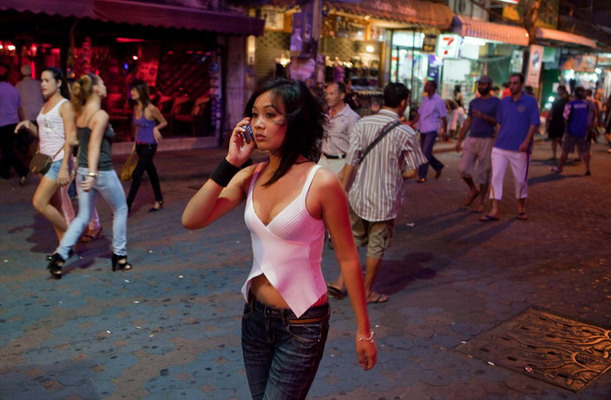 The fake pregnancy scam is a common one in South East Asia, so I never took the girl seriously. Girls pull it all the time to extract cash for naive foreigners, and the fact that I only slept with this woman one time made the whole thing even more implausible.

I simply ignored the message and unfriended her, regretting having hooked up with such a crafty shrew. In truth, she wasn’t even attractive. We met during happy hour at a beach side bar in Boracay and she practically jumped me. I only slept with that porcine little Pinay because she had a phat ass, a rarity in Asia. Within an hour we were in my bed, and I never heard from her again.

Until the news of pregnancy, of course.

A few weeks passed and I tried to forget about it. She kept trying to re-add me on Facebook, but I continued to ignore her.

Then roughly nine months after my trip, I was sent pictures of a half-white, half-Asian newborn being coddled in her mother’s arms, with the words: “This is your daughter. Look how beautiful she is.”

I looked at the baby and noticed she had a similar nose to me, but then again baby’s all look more or less the same to me. What really alarmed me was the mother’s profile. She had clearly also gained weight, and now all of her Facebook pictures were of her baby girl. The pregnancy was real.

“Could it be possible?” I asked myself. “I mean, she never even asked me for any money or support. What was her motive?”

I shook my head and came back to reality. I used protection and only banged one time; there was no way the baby was mine.

I once again ignored her.

In the weeks that followed, she’d occasionally message me with a picture or two, but eventually she just gave up. I almost got sucked into it, but the logical side of brain convinced me I had nothing to worry about.

Many moons passed, and suddenly I started getting messages and pictures again.

“Your daughter is two years old today,” she told me. 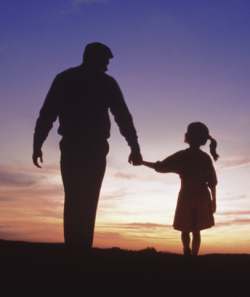 My heart froze. This time it was different. Looking at the young girl, now having grown up a bit, I could actually see a resemblance. There was stark similarities. The scariest fact was that, unlike her mother, this kid was actually good looking.

But all joking aside, between the resemblance, the time frame, and the fact that her mother had never asked me for anything, shit started to feel real. More than anything, I felt something in my gut. When I looked at the girl on my computer, I felt she was mine. I felt a mixture longing and guilt, imagining this kid growing up without her daddy.

I tried to see the sliver lining.

“Well, if she is mine, at least it’s in the Philippines.” I thought to myself. “I could live there, or at least visit often. The place is pussy paradise. I could get a house on the beach. Plus, it’s probably the cheapest country ever to raise a kid.”

If all these racing thoughts weren’t bad enough, that same day the baby’s mother not only reached out to me, but my entire family! She found my mother, brothers, and sister on Facebook, messaged them, and even posted the pictures publicly on my Facebook wall! (This was before I took my online privacy seriously).

I told my family it was all a scam, but now I had to know the truth.

That’s when I ordered a paternity test from whozthedaddy.com. (And yes, you read that right. That’s who’s the daddy with a ‘z’, but fuck it, they had cheap rates.)

Within a few weeks, I received the samples and signatures back from the Philippines and sent everything off to be tested. It was one of the most tense two weeks of my life.

Positive. Positive it was all a giant two-year scam, that is. The test said she wasn’t mine. The whole thing was a long play: the pictures, the timing, all of it.

Interested in having your own Filipina pregnancy scare? Read Do the Philipines by Matt Forney

26 Responses to My Filipina Daughter