Bratislava in a word: Stunted.

Bratislava looks pretty plain compared to other capitals in central Europe, but it’s still perfectly pleasant. It’s got a castle and few cute town squares, but doesn’t merit more than a weekend. Midweek the city isn’t up to much. 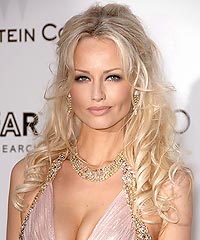 Appearance: Slovaks resemble Czech or Polish girls. They are not quite as attractive in the face as those countries (especially Poland), but statistically they are in better shape, with lower rates of females classified as overweight or obese. Average height is a little under 5’5″ (165cm), which makes them relatively tall. An estimated 40% of Slovaks are blond/light haired, the same as the Czech Republic and less than in Poland.

Demographics: With a population of roughly 430k, over 90% are considered ethnic Slovaks. Hungarians make up another 4%, Czechs 2%, and most others coming from surrounding countries.

Attitudes: Slovaks tend to be pretty down to earth and a slightly warmer than those in neighboring Eastern European countries. Typical to Eastern Europe, girls take care of their weight.

Gaming Strategy: Most of the local talent hibernate during the week and emerge on Friday and Saturday nights. Don’t even think about hitting the ground cold in Bratislava mid-week; you’ll be a lonely boy. If you do, day game is your best option. This is actually a good option as Slovakian girls are pretty receptive to foreigners compared to others in the area, and English is wide spread. The sex ratio is very unfavourable in venues midweek, but on the weekend it feels like the complete opposite (if you know where to look). For more info on picking up Slovak girls click here.

Accommodation: I recommend staying as near to St. Micheal’s Gate as possible.

Gym: Unfortunately many of the gyms in the city are pussy-gyms with no free weights. The most central one I could find with a squat rack and free weight is FanatiX, which is only €3.50 for a day pass.

Getting High: The first time around I recommended going the rock bar across from Spirit, but I didn’t go back on my last trip. For more info get out here at webehigh.

I’ve been to Bratislava twice, both midweek and the weekend. It’s like two different cities. Go to the student village (10 mins by taxi) if you visit mid-week. There’s a be-free pub crawl if your there on the weekend.

On my last visit to Havana I also got recognized by three three Naughty Nomad readers from Greece. One of them, Chris, was nice enough to comment below and leave his input.

Hey Mark…we met in “Havana”. It was a pleasure. I had a great time in Bratislava, girls were nice 3.5/5 (not as good as czech girls though). We stayed 6 nights. Not many things to do midweek, you have to follow students so you can find the parties. Tuesday, Unique club in the dormitory area is the place to be, with plenty of great girls partying and easy approachable. On Fridays-Saturdays it’s a different city,  with many more [places] to get out. Trafo club was a nice club with posh girls and students too. Primi Bar was a good starter, “The club” was a disappointment and Havana as Mark suggested is a good pick up scene.

I’d also like to endorse Primi Bar across the road from Havana. It’s a younger crowd and downstairs attracts a ton of talent. It’s a really cool place. I also had a soft spot for Barrock, but I’m biased because I love rock bars.

My first night here I must have been to eight or nine venues. The place was a ghost town apart from the odd half-full bar. The only place I really warmed to was Havana. The second night I had a date with a Slovak girl and had an excellent night. I’d consider returning, but only on a weekend with friends.

For more info on Bratislava or if you have any questions, check out the links below or leave a comment.

Bratislava Report by marinhogomes on RVF.

My Filipina Daughter
Why I Bet Money on Trump