The following (epic) city guide was contributed by Tim from Tokyo Night Owl. 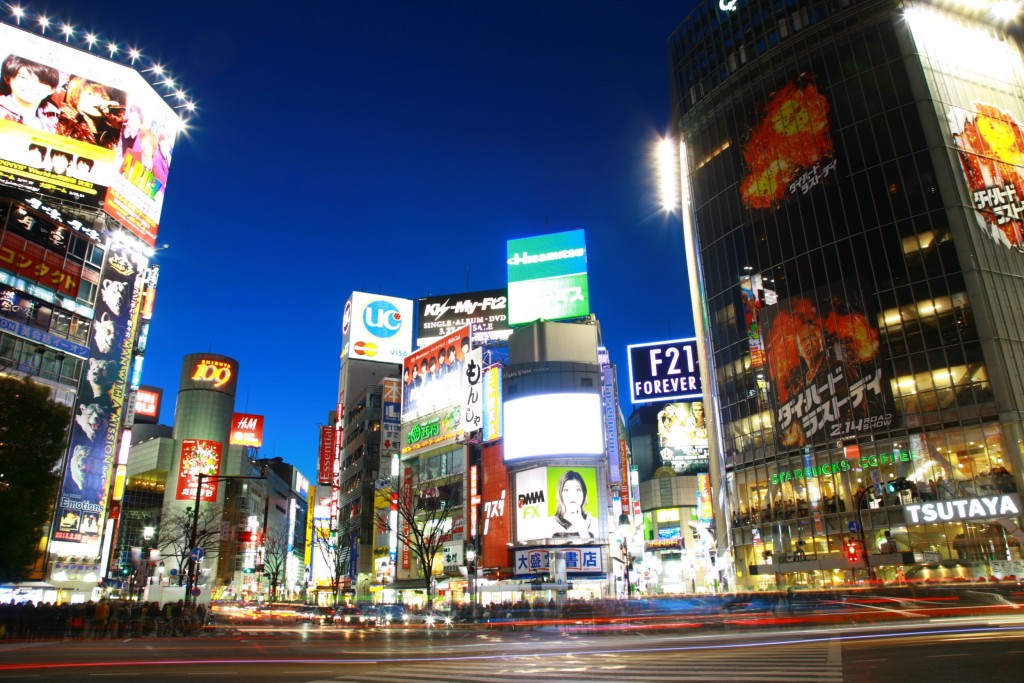 Tokyo in a word: Yabai!

Drinks: $7 (700 yen) or higher for a pint of beer in most bars/clubs outside of Happy Hour.

Hotel (with your own room/privacy): $100 USD and up near a good location like Shibuya or Roppongi.

While it may sound like romanticism, Tokyo is a koan in motion. It’s one of the most chaotic and stimulating places on the planet and the largest metropolitan area in the world. And yet, through all the people, energy, and noise, the city is interspersed with moments of silence, serenity, and zen.

Skyscrapers next to zen gardens, mass conformity alongside technological innovation, chaotic stations with silent passengers… If you don’t feel the contradiction on first arrival, you definitely will when the first seductive woman strolls past with a Hello Kitty purse. 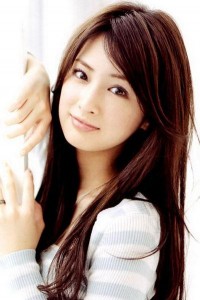 Given that Tokyo is the most populous metropolitan area in the world, it also has the highest concentrations of attractive women in the world.

While there’s beautiful girls all over Japan, nowhere else in the country will you find a comparable congregation like you will in Tokyo. Many girls from outside of Tokyo will also have vacations in the city at various times of the year. In general, the girls in Tokyo are incredibly fashion/appearance conscious and relatively Westernized compared to other parts of Japan.

Physically, Japanese women are not as curvaceous and voluptuous as women in other parts of the world, but they take great care in their appearance and the overwhelming majority are thin. They show off their legs at any time of the year (even in the depths of winter).

Personality wise, many of the girls may seem to exude a high level of naiveté, but rest assured, they know what’s up. “Girls don’t always mean what they say” is an understatement in Japan, it’s even more pronounced. The Japanese even have a phrase for it: honne (true feelings) and tatamae (the “façade”). Make sure you hit those honne buttons!

Being a foreigner with decent game/confidence might get you 5s and 6s right off the bat, but if you are aiming for the stunners (8,9,10), you need a bit of language (Naughty Nomad has always hammered this point home!) You don’t need to be fluent in Japanese, but at least read up on a few lines before you start approaching girls in rapid speed English.

Tip: Eigo daijobu deska? (Do you speak English?/ Is English ok?) She’ll probably say no (even if she might know some), but it’s about making the effort, having fun with it, and, at the very least, speaking slowly.

If you are in Japan for more than a week, you are also bound to hear of “gaijin hunters” (gaijin is the Japanese word for foreigners). These are girls with a preference for foreigners, and while a few can be found at international parties (these parties will also be home to some foreign girls too), don’t go expecting multiple renditions of Maria Ozawa. You can find the full list of parties here.

If you’re looking for wingmen, or just online discussion with guys who are also dating Japanese women, Japan Lair recently re-launched (after closing down for months to disassociate with RSD).

As far as online dating, Tinder just entered the Japanese market in 2014. Tinder Premium would allow you to Swipe Yes or Swipe No before you even arrive. 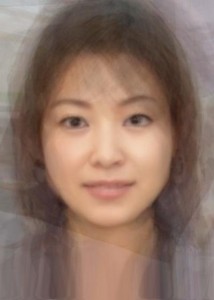 And finally, if you are a single guy headed to Tokyo, then here is mandatory reading: Japanese Girls: The Guide. It’s a bit pricey, but the information is invaluable, and the book will save you a ton of time if you read it before arrival.

In a word: homogenous.

The drug scene in Tokyo is incredibly hush-hush and extremely strict. It is a drinking culture and drugs are extremely taboo and associated with organized crime. Clubs can deny you entry if you have an exposed tattoo, even if it’s Buddha, so cover up if you are unsure.

Keep in mind, you can be detained for 21 days guilty until proven innocent for minor possession.

And with more contradictions…there are a load of “legal” shops that offer very potent (and possibly dangerous) alternatives to common drugs such as marijuana and cocaine. But be warned: (1) there is no way to know how safe the substances you buy at these shops and (2) some of this will knock you on your ass far more than a joint would. Tread with caution. 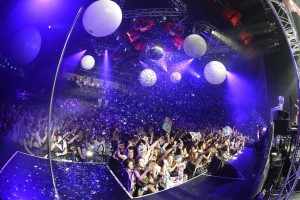 The two epicenters are Shibuya and Roppongi: both with different vibes. Sure, you can find parties in Shinjuku and bars in Akasaka, but this is typically not where the masses go for nightlife.

Tokyo parties last from evening until dawn (and then some).

Bars tend to bustle from 6 pm – last train ( 1 am). Peak time in clubs is 1 am – 3 am. Clubs tend to steadily die down until about 5 am- 6 am depending on the club. Afterhours tends to extend from 6 am onward. Most after-hours are in Roppongi, many lasting until far into the next day.

Much more foreigner friendly; and tends to have girls that are a bit more curious too.

For more in-depth info, please join the Tokyo Night Owl newsletter. There will be plenty of tips, news, and discounts within it. 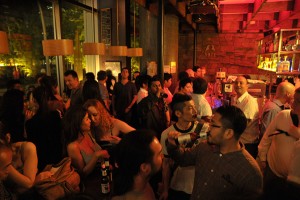 The bar scene is a bit weaker than you’d be led to believe. Most bars have table charges as well and are quite intimate, housing only a handful of customers. However, there are a few that a great way to start the night until the last train. And as a general tip, karaoke is great place to take a girl after you leave a bar to continue the fun. You can get a private room, you can drink, you can sing, you can not lock the door, but still have fun :). Many karaoke bars are open all night.

This is the Japanese for karaoke (KA-RA-O-KE):

If you’d like a fully customizable nightlife experience, please use the contact form on Tokyo Night Owl and I (or another member of the site) can advise you. 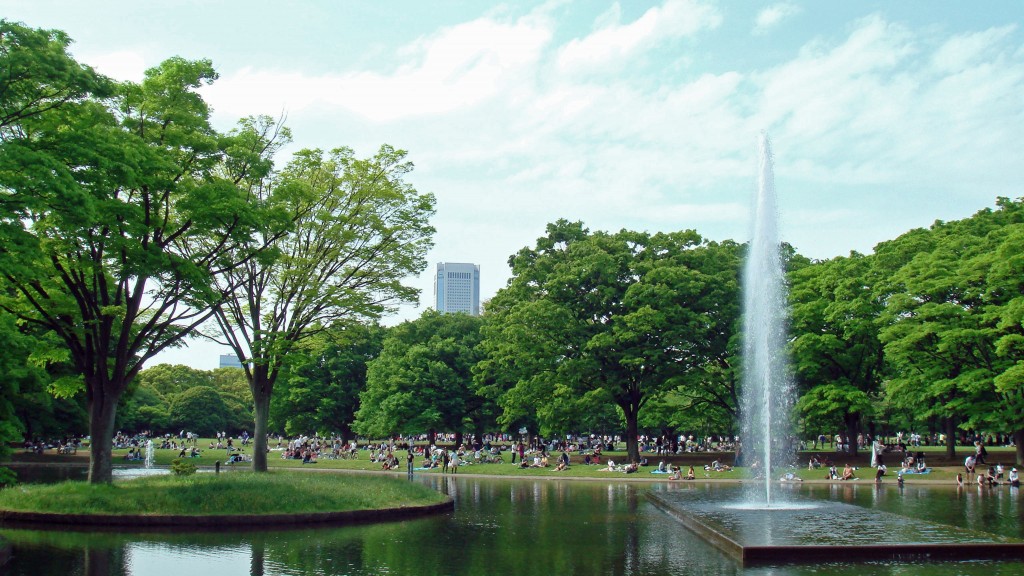 Where and when to go?

I’d highly suggest Yoyogi Park; Sundays are jam-packed with all sorts of characters, especially with good weather. Great for a date or for meeting its nearby Shibuya and Shinjuku (see train
map below). The shopping areas in Shinjuku and the streets of Shibuya are also where a lot of girls spend their time when they aren’t at work or in university.

* If it’s sakura season (that one magical week a year, usually falling on the last week of March or first week of April), these spots take precedence over everything – even nightlife. Everyone is getting drunk in the day time with sakura petals flying through the wind. Very friendly atmosphere, great vibes, and much more openness (the coming of spring + alcohol does that).

Pretty girls in Tokyo are well used to nampa, or street pick up. It’s basically walking up to a girl and speaking your piece about her, to her, and about you, just as you would in any country. All Japanese men know of “nampa” even if they do not partake.

Girls may flat out ignore you (even more likely if you start a monologue in English). Just keep in mind you aren’t the first guy to street talk them and respect their personal space. The Japanese Girls Guide has an entire chapter on this topic from men who have quite a bit of experience (and success) on these types of approaches.

As an additional tip: public displays of affection are taboo in Japan so tread lightly during the first interaction and the start of a first date.

I initially visited Tokyo for 5 days as a vacation from my job in South Korea- and simply witnessing the Shibuya pedestrian scramble made my jaw drop. That, combined with my travel around Japan, lit the fire to live in Tokyo.

Thereafter I spent quite a few months traveling through Asia, assessing which cities matched my goals and personality. In my eyes, Tokyo was incomparable. So in 2012, I came back for the long haul with no Japanese knowledge, no job lined up, and a 30L backpack with all my belongings.

I chose to live in Ebisu due to it being one stop away from both Shibuya and Roppongi, however, there are many great locations you can stay and/or live in. My weekends were usually spent DJing in the various clubs of Tokyo and/or dating. 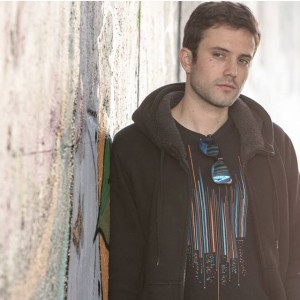 Tim is an aspiring artist-entrepreneur. He is the founder of Tokyo Night Owl, co-founder of the bass music collective Bassick, and an active producer and DJ of electronic music. You can follow his adventures, trials, and tribulations on his personal blog, Love Travel Bass.

For more info on Tokyo, or if you have any questions, check out the links below or leave a comment.