Snapshots are mini town/city guides for smaller places or cities I have only experienced briefly. Here’s a little snapshot of Nagoro Karabakh (known as Artsakh locally).

What are one’s first impressions of Artsakh?

Where the hell am I? Most of you probably haven’t heard of this little self-proclaimed republic. (It hard to be taken seriously when your flag was created in Microsoft paint). Legally still part of Azerbaijan, but de facto occupied by the Armenians after a brutal war, the status of this land is really up in the air. Having heard both sides, I still can’t make my mind up who owns it. However, having slipped my weapon of choice  sex into a Karabakh refugee of Azeri decent, I’m bias in that direction. The capital, Stepanakert, is quite boring, but there is plenty to see and do around this pretty little country. 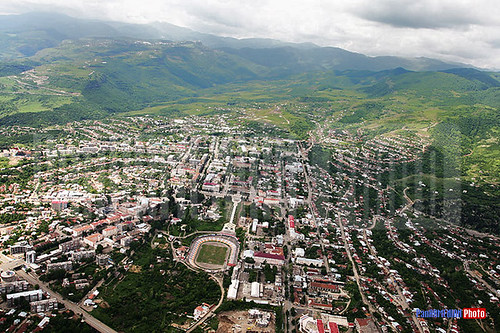 Not great. The dregs of Armenia live here. There is the odd hottie, but as a whole, Artsakh women rank the lowest out of anywhere I visited in the Caucasus. Compared to the other self-proclaimed republic in the region, Abkhazia, there is no comparison. 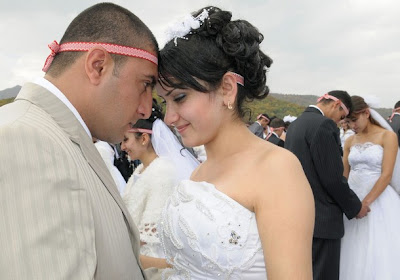 They look like their cousins in Yerevan, with their black hair and sultry features, but they’re just not as attractive—more flabby, hairy, less pretty faces. I’d put Artsakh girls are the same plain as Turkish girls. But even if you do meet a looker, the biggest problem is how conservative the people are. Artsakh has a small population that are very religious and socially conservative. Getting laid would be very hard indeed for the short term visitor. I’m sure it could be done after ALOT of time, effort, and empty promises of marriage and passports,  but frankly, the capital is so boring I wouldn’t recommend anybody stay here to find out. You’re best bet to get laid is hitting on the girls working in the restaurants.

Apart from a few decent restaurants (try the Italian place), there are only one or two bars in the center. Check out blues bar. It’s actually not that bad and has a forest-like interior. Don’t expect to find anyone out mid-week though.

Get up early and hire a taxi for the day (very cheap). Check out Shushi, Agdam and all the other sites along the way. Agdam was a former Azeri city of 100,000, but is now an unpopulated city of rubble. It looks like a nuke went of there, with nature is slowly reclaiming the land. It is technically illegal to enter the city, but we chanced our arm and encountered no checkpoints. We did see some military patrols (even filmed them on the sly), but we stayed out of site, let our driver do the talking and had no problems.

Here’s a shitty 50 second video I made of  some footage I shot there.

Are you a Swagabond?
Entertainment: Red Pill Comedian, Bill Burr