Snapshots are mini city guides for smaller places or cities I have only experienced briefly. Here’s a little snapshot of Ottawa.

Ottawa feels pretty small for a capital city. Despite a population of 1 million the center feels more like a quaint town. For nightlife and chicas it’s not a patch on Montreal or Toronto, but in my opinion it’s very under-rated as a destination. The tree-lined rivers, European architecture, attractions, and the cools vibes of Byward market make it a great place to explore for a few days. I had a blast here.

Check out this short video I made of my experience. 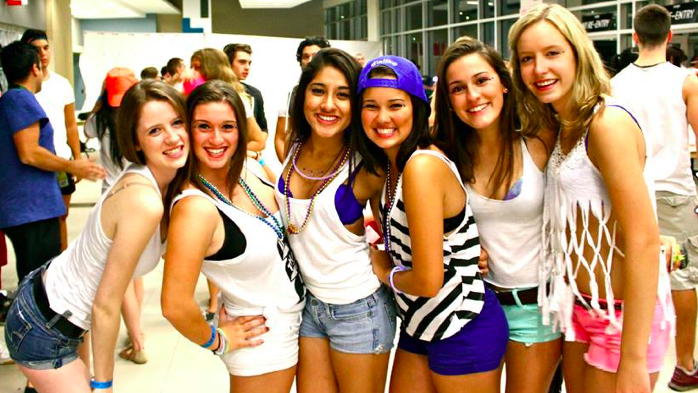 If you’re coming from the bigger cities, you’ll notice a drop-off in quality when you come to Ottawa. The girls here don’t put a lot of effort into their physical appearance and tend to dress town.

The demographics aren’t great either compared to other cities.

It’s not as white as Quebec City  (75% versus 95%+), but the difference is that the genetic stock is mostly Irish and not French, which is a negative when to comes attractiveness (this coming from an Irishman).

If you’re coming from Montreal, another bad substitute is Blacks for Muslims. Ottawa is the only place in the country where I noticed several women covered up in headscarves. Muslims making up nearly 7% of the population. In contrast blacks only make up around 6%. So expect less booty and more virgins in hijabs.

All that said, I found that girls the most laid back and friendly than in other cities in Ontario and Quebec. You just have to mine harder to find higher quality.

For a more detailed breakdown of the women check out this post.

The main two nightlife areas are Byward Market and Elgin Street. However, outside of the weekend Ottawa feels like a ghost town.

I went out in both spots and personally preferred the vibe in Byward.

Elgin is just a little bit awkward and out the way if you’re a tourist. If you go out in Elgin there are some recommendations in this Ottawa datasheet on RVF. I also recommend starting your night there with a show in Yuk Yuk comedy club there. The standard was great! The center of Byward

Byward market is the most famous nightlife area, but it’s basically 90% Irish pubs. I liked it, but I’m bias because I’m Irish and they loved the accent there. The Heart and Crown and Patty Bolands are the most famous pubs for picking up, and both have live music.

If you’re looking for Latin chicks, some Colombianas recommended Mercury lounge to me, but I’m not sure how valid that is.

If you’re looking to upgrade to French-speaking chicks and want later drinking hours head to Hull, a shot taxi ride away in the French part of town.

Overall though, the nightlife isn’t great. This pretty much sums it up…

I got a private room in Ottawa’s famous jail hostel, which I thought was pretty cool. I’d recommend getting a double room rather than the tiny single cell I got though. The hostel is also guest friendly, well located, and has free breakfast.

Another thing I’d highly recommend is the impressive Canadian War museum featured in the video above.

I loved Ottawa. It’s the perfect stop-off if you’re travelling between Toronto and Montreal, but I wouldn’t live there because it felt a little sedated.

3 Responses to Snapshot: Men’s Guide to Ottawa, Canada (with video)