Snapshots are mini city guides for smaller places or cities I have only experienced briefly. Here’s a little snapshot of Medellín.

“The city of eternal spring” is pleasant on first impressions. I found the city surprising modern, and unlike other Bogotá and Cartagena it has good infrastructure, sporting a metro line.

With skyscappers nestled between green mountains and it’s brown cityscape, Medellín is one of the most instantly recognizable cities in the Americas. The main tourist area is El Poblado, but the city’s true heart in the area around Parque Berrío. 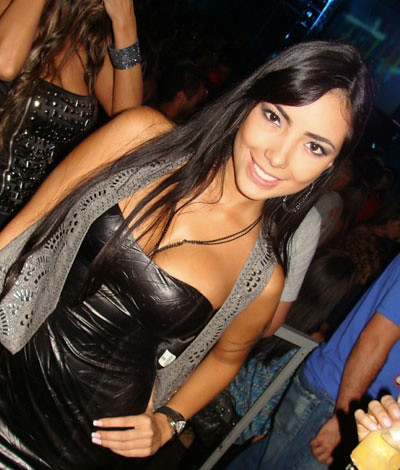 Paisas, a name given to the people of the area, are a lot whiter and slimmer than the costeñas on the coast. Like Bogotá, many girls are quite as European looking, but they are less reserved and more friendly. On my first walk through the center I was cat-called, hissed at, and air-kissed.

Medellín has a world-famous reputation when it comes to it’s women, however the average girl on the street is not that good looking. I found the average standard higher in Cartagena (but I’m bias towards dark skin).

However, when it comes to the top-tier, Medellín smokes the competition.

Take a walk around El Poblado and other rich areas and you’ll immediately understand where the city get it’s reputation.

Think long black hair, light skin, thin waists, huge booties, and fake tits. A lot of these girls are prepagos (high-end hookers) and surgery is a business investment, but some are just normal girls.

In sum, I saw some of the best looking women in my life in Medellin. If you want a sample just check out the staff at Hooters.

So much has already been written on Medellín girls by others in the manosphere who’ve spent more time there, so check out the links at the bottom of this page for more information on picking up there. 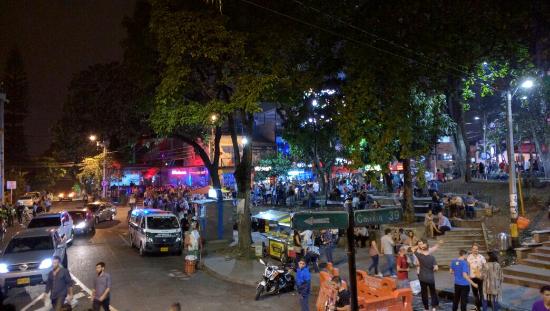 The area around Parque Lleras in El Poblado is where you’ll find the greatest concentration of bars, clubs, and restaurants.

I was there midweek so I had a very limited experience.  I found it a bit disappointing. 90% of venues were dead and there was too many gringos and hookers. However, I hear on the weekend it’s a different beast entirely. The only I went that was busy was a place called La Central.

Seasoned Medellín players advise avoiding El Poblado all together. One commenter suggests Calle 33 as much better alternative for meeting locals.

For more info on specific venues and other areas check the resources at the bottom of the page.

Take the metrocable for the best views of the city. Grab lunch at Pueblito Paisa on top of Nutibara Hill for more views and to get away from madness of the city center.

There are also a few great days trips that I strongly recommend. Be sure to check out Guatapé. Escobar Paintball organize tours there that also include paintballing at Pablo Escobar’s former mansion. It’s good value and I recommend them. Here is a video I made from the day trip.

If you have a little more time, I also strongly recommend an overnight in Jardín, about three hours from Medellín. It’s a country town a little off the beaten track with a waterfall, horseback riding, and paragliding. It was probably the highlight of my trip. Here’s a video of the place.

Medellín  SuperData sheet by Wolfpack10 on the forum

The Girls of Medellín by Jesse Charger

The Truth about Medellín by Roosh V

How I Made A 37% Return in 14 weeks By Milking a Ponzi Scheme
Men’s Guide to Cartagena, Colombia (With Videos)

7 Responses to Snapshot: Men’s Guide to Medellín, Colombia (With 4 Videos)