Hvar in a word: Seasonal.

Beer: Up to €4 for a 250ml bottle.
Bed: €12-15 for a private room.
Bud: €5 per gram.
Board: €10 for a main course.
Budget other: Apart from being generally expensive, there are all-night parties on a nearby island that stretch the budget. It costs a few blips for the boat. Sun beds cost around a fiver for the day.
Currency Conversion

Hvar island is exactly what it says on the tin – the biggest party destination on the Dalmatian coast! It’s scenic, relaxed and great fun. It’s relatively pricey for the region, but it’s a wonderful place to hang out for a few days. On that note, there is absolutely no point in coming here outside the June to mid-September window. 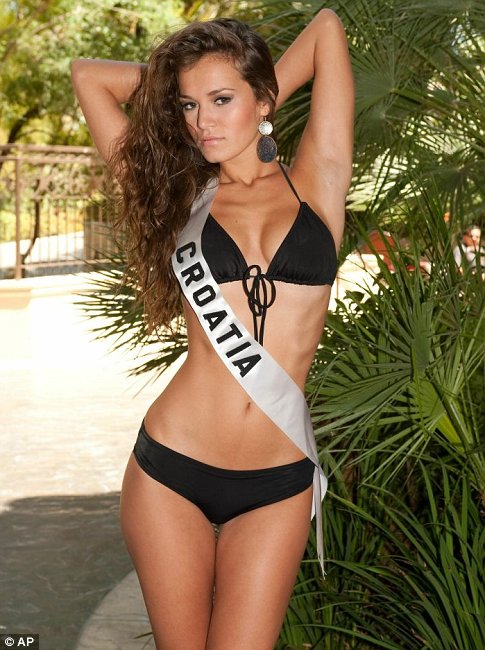 Rare but most fair

The local population here is insignificant, but girls from all over come the island to let loose.  Self-proclaimed zen travelers would hate this place, but for us naughty nomads it’s a fucking goldmine. Italians, Scandinavians, English, Irish, Aussies, North Americans & Eastern Europeans are all the menu. There is also a few models that come in on the yachts. Croatian girls are also present, but they are the minority. Go to Northern Croatia or Split if you’re determined to get a local honey. There is no particular Croatian “look” but in general the girls are tall and dress really well. They’re also a little more curvy compared to other Eastern Europeans. But back on getting laid… Don’t bother with day game, there is plenty of options at night. Separate yourself from the crowd, peacock a little. Standard rules apply, get your energy levels pumping for a ton of approaches. Give yourself a few days and you will leave here with a big smile on your face.

The undisputed heavyweight in town. Good layout and great cocktails, but expensive. It’s a bit snobbish but nonetheless attracts a lot of talent.

A lot less pretentious than Carpe Diem, and smaller. Personally, I prefer this place. If you want to pick up some local Croatians, this bar is much better. Furthermore, it has a real party atmosphere and outside is perfect for chatting up strangers. Make sure you order a “helmet” for the criac.

When everywhere else closes, this club is just getting started. This place is seriously impressive. In September is was like a hermit’s house party, but in peak season this place is electric. You will undoubtedly end up here, this is were all the nubile singles end up. Go get em!

Nomad’s input: Get it in Split before you hit Hvar. We got sorted out by some local girls there. Everyone goes to a beach called “the fuckadrome” to smoke.

Legislation: Illegal. Cultivating, selling and owning.
THC related products are illegal in Croatia and they are equal to harder drugs by the law.

Law enforcement: Cops got to deal with other issues in Croatia. At home, nothing will happen. Outside, be a bit more careful.( Don’t go around trying to make everyone see you’re high or something.) From news coverage and general statements from police etc., you can obtain that the cops are more worried about the big dealers rather than the smaller consumers.

Where to buy marijuana: This is the problem. Do NOT walk up to any guy that looks like a gangster/pusher or anything, you might well end up being robbed. Best thing is just asking someone you know or you’ve had to do with.

Marijuana prices: Not as low as in India or something, but if you have to pay as much as in the US or Western Europe, you’re being ripped off.

More information: It is unlikely that you’re offered hash, and if you are, chances are that it sucks ass. Marijuana is what you wanna go with in Croatia. If you got the choice, reject hash.

I was here 3 nights with 3 other amigos during the Siege of the Adriatic. The first night it was buzzin’, but the other two nights it was dead. It was the end of September and the place was on its last legs. Nonetheless, I was on form and managed to take down two hotties and get two new flags. One was a sexy Cypriot Aussie in Veneranda (where the ratio was easily 80% male I might add). Quite a feat, but that was nothing compared to the last night. No shit, there was only 4 women out and at least 50 guys. Bottom line, I went home with the hottest girl there; a testament to Mystery peacocking theory. She was a smoking hot Welsh naturalist who currently lives in a nudist community, nice. I make it sound like I’m Mr. Smooth, but it was actually quite a challenge so if you don’t mind “toot toot”. As for my amigos, during the course of the 3 days, two of them pillaged a pair of lassies eager for some pirate lovin’. All in all, Hvar left a most favourable impression and gets the big thumbs up! If one was to return, it would certainly not be on the fringes of peak season but rather in the thick of the action in July. Head my words and enjoy!