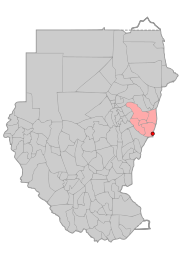 EVERY VISITOR TO SUDAN MUST REGISTER WITH AN OFFICIAL ALIEN REGISTRATION OFFICE WITHIN 3 DAYS.

Most people register upon entry.

Making our way from Cairo to Cape Town, Danny and I refused to pay an inflated premium to entertain the bureaucrats at the border of Wadi Halfa. We insisted we would make arrangements in the capital Khartoum.

Three days elapsed and the window closed. We remained apathetic. 8 Epic Arabian Nights passed. On the 9th day, we awoke in a merchant’s shed in Gallabat, the border town before Ethiopia.

A narrow bridge occupied by heavily armed Sudanese soldiers separated us from the next realm of Africa.

6AM: We attempted to cross, but a quick glance at our passports landed us in trouble.

Inevitability, we found ourselves in the custody of  some rather uncouth army officals.

“You did not regisister! This is unacceptable”

“But we, we thought…” Our excuses fell on deaf hears.

“But we don’t have that kind of money and the only ATM is in Khartoum.” I protested.

“We then enjoy Sudan.”

7AM: We were released and told to return with the money. Things looked grim. Khartoum was at least a day’s travel and $70 felt like a fortune on our budget. Fuck that.

The border bridge hung over a deep trench where a small stream meandered. I followed the stream as far out of sight from the bridge as possible. A small Sudanese kid followed us.

“Hey kid, where’s the nearest town in Ethiopia?” I asked.

The boy picked up a stone and threw it across the stream to the other side. Ethiopia was only a few metres away. 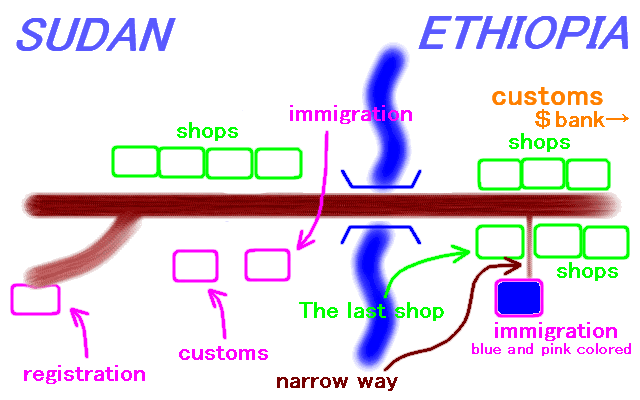 I scanned the trench; it looked an easy obstacle. But that wasn’t my concern. The bridge was being patrolled by a lone sentry who’s shadow stalked the land in the dusty dawn light. A watchman, armed with a shimmering ambassador of death; an AK-47. His back was turned.  I had a momentary lapse in reason. Seizing the opportunity,  I began descending into the trench.  It was a reckless decision…

“What the fuck are you doing?” Danny whispered.

With barely a moment’s hesitation he followed. I wasn’t the only one with looking for an adrenaline rush; Danny was no stranger to danger. Time was of the essence.

We reached the bottom, crossed the stream and started scrambling up the other side, becoming alarmingly visible. If any of the guards saw us, there was a good chance we could be shot in the back.

We stayed silent, kept our bodies low and moved in a stealthy manner.

My heart was pounding so heart I thought the noise would give us away.

We made a last dash to take cover in the shrubbery across the border.

In the safety of an African bush, I savoured the moment of relief. We had evaded capture.

Navigating our way through the bushes we eventually stepped out to Metema, the Ethiopian border town!

But alas, our troubles were anything from over…

7.10 AM: We enter the border office to validate our Ethiopian visas, a small hut with no electricity. The border official, a stoutly gentleman, sporting a large moustache greeted us. He asked us to sit down and took our passports. Investigating the pages, he  looked increasingly puzzled.

Our faces dropped and our stomachs tightened. I panicked. Not only did we deify the authorities with registration, we also just jumped the border illegally. That meant prison. Prison in one of the most oppressive countries in the world. A country that stones adulterers to death; where Sharia law reigns supreme. Weeks before, the Sudanese authorities had even jailed a women for calling a teddy bear Muhammed. Our lives were over. 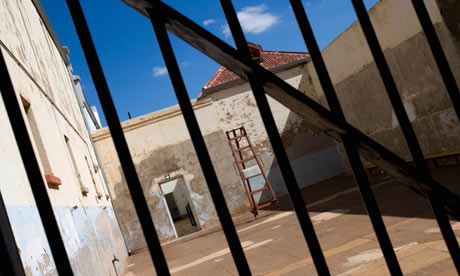 “WE CAN’T GO BACK! THEY WILL ARREST US!” I pleaded, explaining how the Sudanese  authorities had stopped us crossing. I broke down and told a tale of woe; a tale of extortion; a tale of two young infidels being exploited by corrupt officials…

We were on trial. Our prison: Sudan. We had made our defence but the odds were against us – we had blatantly broken the law.  We sat in despair awaiting the verdict.

Our judge held a stern deposition.

The tension was soul destroying.

10 Responses to How to Escape Sudan