The following is a guest post from Ethan from Man v City (www.manvcity.com).

There is an old saying, “If the student has failed to learn, the teacher has failed to teach.” In the case of foreign language learning, this saying couldn’t be more true.

The fact of the matter is that learning a new language isn’t really that hard. The brain is literally hardwired to pick up language patterns.

The reason most people don’t learn to speak a foreign language isn’t because they are “bad at learning languages”. It’s that the methods most commonly used to teach languages are ineffective.

Open up any high school or college language textbook and what you’ll find are lists of words organized by categories such as colors, seasons, animals, or sports.

How many times in your life can you remember asking someone what color their cat is, or if they like to swim in the pool, or if the library is open? This rote repetition of useless words and phrases is NOT the way to learn a language.

While “cat”, “color”, “swim”, “pool” and “library” certainly aren’t obscure words in terms of the average person’s daily conversation, or what you might need in a survival situation, they are practically useless.

If you want to get by in a foreign country you need to learn the RIGHT words.

The good news is that the number of words you really need to know is fairly small.

This is where word frequency lists come in. By looking at the most commonly used words in a language, you can increase your return on investment by spending your time learning the words which you are most likely to actually use. 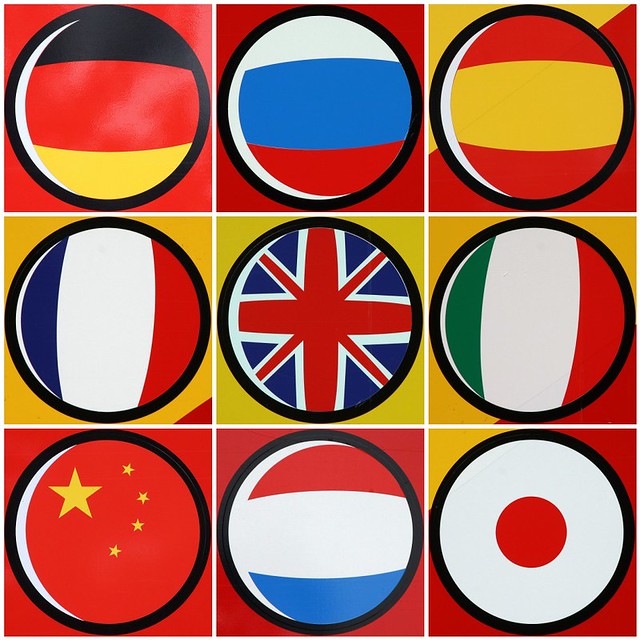 That’s why I’ve created this down-and-dirty 2 Hour Foreign Language Survival Guide which lists the 30 most useful words you can know in just about any language, as well as some tips and tricks to help you with your most pressing needs.

Learning these 30 words should take you about two hours of dedicated practice, but once you have them mastered you’ll be able to get by in almost any country in the world.

You certainly won’t be fluent in the local language, but with some effort and a little patience you will be able to get your needs met and have a basic, survival level conversation.

Again, this won’t be poetry, but you’ll be able to get your basic needs met.

As primitive as it may sound, miming and pointing are effective strategies for communication between people who don’t share a common language.

Don’t know how to say “drink”? Mime drinking out a glass of water.

Don’t know how to say “airport”? Make your hand into the shape of a plane and mime taking off.

Don’t know how to say “sandwich”? Just point to the sandwich and say “That.”

Remember, people aren’t stupid. If you give them the basics most of the time they’ll be able to figure out what you mean.

If you’re really in a bind, you can even draw a picture of what you want.

The Quick and Dirty Way to Ask Questions

In most languages, you can turn statements into questions by simply raising the pitch of your voice at the end of the sentence.

If you are really struggling, the two word version, “Where restaurant?” will normally suffice as well.

And remember, you can never say “please” and “thank you” enough, especially if the person you’re communicating with has been especially patient in trying to help you.

Learning how to turn a phrase into its negative, (“I understand.” into “I don’t understand.”) will effectively double the amount of things you can say.

The rules on how to negate statements vary from language to language, but it’s usually not very hard. As this article is only meant to be a survival guide rather than a lesson on how to actually learn a language, the tip I would give you is to simply add the word “no” in front of the thing which you are negating. Most people will understand what you are trying to say, even if it’s not grammatically correct. As an English speaker you have no trouble understanding the statement, “I no want food.”

The next time you’re about to find yourself in a country where nobody speaks English, take two hours to learn the these words and you’ll be able to get along just fine.

The Clash of Civilizations, The Silk Road, and North Korea with Andrew MacLeod
LISTEN: On the ground in Syria

4 Responses to The 2 Hour Foreign Language Survival Guide: How to Get By In a Foreign Country with Just 30 Words