When I first came with the name Naughty Nomad, I thought is was perfect. It was succinct, easy to remember, and congruent with my ‘men’s travel’ niche.

Over the years I told my stories, wrote 100 city guides, and my web traffic grew. Soon my brand was relatively well-known, and millions had visited my site for information on how to get laid in foreign cities.

All of this came with a certain amount of pressure. When readers read my guides, they’d scroll down to the bottom of the page and read about my experience. Guys wondered: Did he do it? Did he get laid and claim the flag?

After all, you can’t write about how to get in a city if you don’t actually get laid, right?

And more often than not, I did. The external pressure made me work on overdrive to bed foreign hotties, and as a result my skill level sky-rocketed. It started to feel like my trips were secret missions, and with each kill I’d get virtual high fives from every corner of the globe.

It was the same thing with danger. After the stories of drug smuggling, border-jumping, and entering conflict zones in my first book, there were certain expectations of me, and things only got more ridiculous.

I started to go to war-zones dressed in costume dressed as a Mexican Pirate. Places like Cote d’Ivoire, Syria, and Somalia.

This is not what sane people do.

I also purposely got myself into stupid situations, too, thinking, “Hey, if shit goes tits up, at least I’ll have a story out of it.” This thinking led me to being robbed, chased, and held hostage. (Not to mention that whole suicide bomber situation.)

The more exotic women I bedded and dangerous places I visited, the more my notoriety grew. I’d get recognized in bars. Guys would take pictures with me and buy me drinks. Even a few girls I went on dates with would later reveal they knew who I was beforehand. I became something of a Z-list celebrity.

However, while my personal brand grew, my personal satisfaction did not. With each new woman and ‘flag’ I enjoyed the brief happiness I felt was ever more fleeting. I had to ask myself the question: is sex for sport healthy?

I still get a kick out of conflict zones, but something about seeing somebody’s brains come out of their head makes you re-assess your priorities, too.

Me trying to look all deep and shit over the Jordan Valley.

Between the women, sombreros, and war-zones, I realized something.  I had become a victim of my own persona.  I had boxed myself into a manufactured identity. People wanted to see the monkey dance, and I got on stage like a Riverdancer on MDMA. 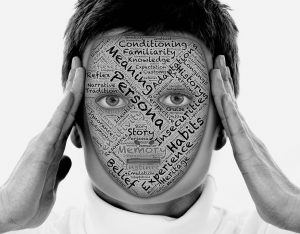 It was then I slowed down and settled in New York to smell the roses for once. I stopped flagging and started to build a life for myself, stacked cash, and developed meaningful relationships with women. I stopped forcing a label on myself. Great adventures are still on the horizon, but first I must get my house in order. Right now I’m not the Naughty Nomad, I’m the saving settler, and I’m investing in my future. Then I can really be free, in whatever way I see fit.

I hope this acts a lesson for those going down the same road I did.

Beware of becoming caged by a persona. Don’t be afraid to evolve and re-invent yourself.

We are not our avatars.

Life in the Mediterranean (Podcast)
Best Expat Destinations for Men 2016

11 Responses to Beware Becoming Imprisioned By A Persona