I’m normally not a gambling man. I occasionally bet on a soccer game here or there to make things interesting, but otherwise I’m not so inclined to waste my money.

Yesterday, however, I decided to bet money on Donald Trump to win the US election.

I just put money down on Trump to win. 3/1 odds was too good to resist. So what I’m trying to say is: Let’s Make America Great Again 🙂

Given the recent news of Ted Cruz dropping out, it proved good timing.

I put money on Trump for the election at 3/1 yesterday. Now it’s 9/4 thanks to Cruz. Nice.

This isn’t an endorsement. I honestly think the manosphere’s support for Trump is just one giant troll job, and we’re all enjoying it. Before I put money down, I really didn’t care who won the election. I’m not American (thank Allah), and a Hillary versus Trump election is just entertainment for me.

It’s like that time that war-mongering daddy’s boy was re-elected, or the time after that, when they had that affirmative-action campaign when the one with the dark skin battled the one without the penis. 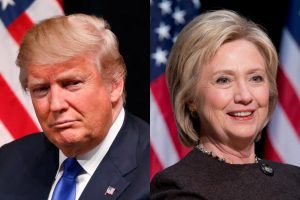 The rest of the world looks at the US elections, swinging back and forth between two extremes, and just grabs the popcorn.

Don’t get me wrong, I love America. I loved being a bachelor in New York City. I love my American friends, on the left and on the right, but the political system they inherited does them a disservice. It forces them to see in black and white (literally and figuratively), and that’s a shame.

I thought Sanders was a great candidate. Although I don’t share his socialist ideals, he was a man with integrity. He was a man of the people, unlike Clinton. I think the democratic party’s system of super delegates has made a joke out of these primaries, and I think the American electorate has been robbed.

Sanders could have beaten Trump, but Hillary? I’m not so sure. Other pundits agree.

Trump supporters are far more passionate than Clinton supporters, and I can see why.

Both Sanders and Trump were anti-establishment candidates. A vote for them was a giant f**k you to the current system. I get it.

Clinton, on the other hand, is an interventionist flip-flopper coasting on cash from lobbyists and corporate interests. To her supporters, her character is second in importance to her having a vagina, and the fact that she has had a former president in that vagina.

Trump has major faults too—too many to mention—and if he gets elected I believe he will underwhelm, like Obama did. People look up to these figures like Gods, but America’s problems are only going to get worse. As I wrote about before, America’s race and class divisions will only deepen. If I’d were an American male, I’d get to hell out of there and expatriate to Europe, Latin America or South Asia.

That said, I would like to see Trump win for shits and giggles. The enemy of my enemy is my friend. The mainstream media, the radical-left, the PC police, third-wave feminists, and anybody who uses the word ‘white privilege’ all hate Trump, and that’s exactly why I want him to win. Trump might be a bitch, but he’s not their bitch. It would be a victory against those who wish to censor, shame, and punish those who disagree with them. . And now that I have money on it…

16 Responses to Why I Bet Money on Trump