Twelve weeks ago, I wrote a post about why I decided to join the gym and promised I’d update you on my progress.

I’m pleased to report decent progress. I’ve lost fat and gained muscle. I’m stronger than ever, yet the lightest I’ve been since I was 18.

As a beginner to lifting, I choose the 5 x 5 stronglifts program – a simple 3-day-a-week strength training program with five big compound exercises. I complemented this with chin-ups, a more paleo-centric diet (ex: eating omelettes for breakfast instead of cereal) and half way through I combined that with  intermittent fasting for 16 hours, Monday to Friday (not eating from 8pm till midday the next day).

The only upset was a lateral knee I sustained playing soccer in week six, which has since stopped me playing, and hampered my progress in squatting. It’s a long term injury and I’m still in recovery.

Anyway, here are my stats. We work in kilos here in Ireland, but I’ve converted it to imperial for my American and British reader (the vast majority of you guys).  The Body Fat % and Muscle mass were measured using a special scales which uses electrical current, so take these figures as a crude measure. 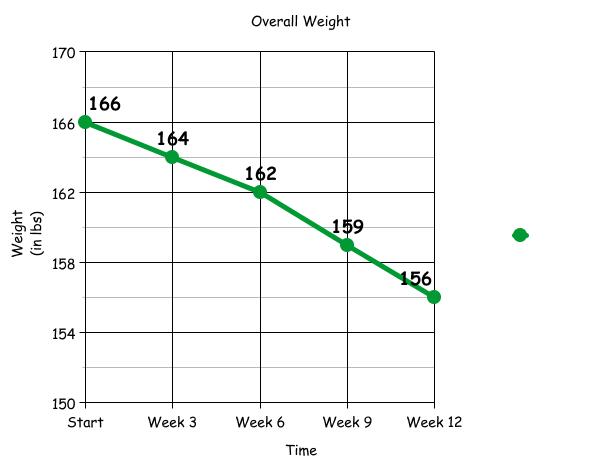 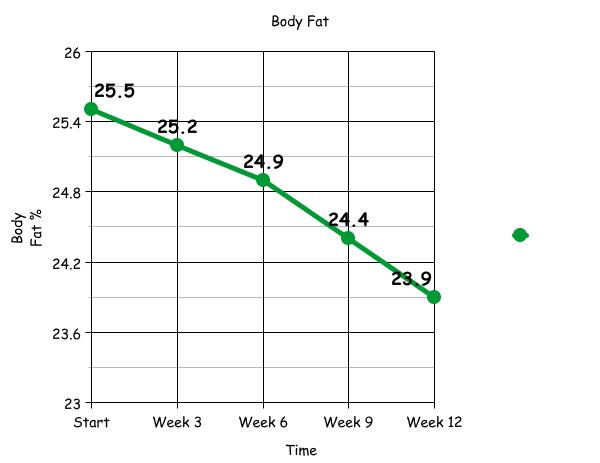 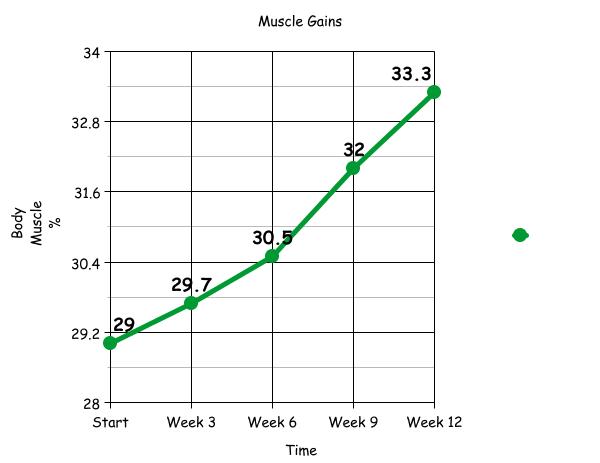 To get into the nitty-gritty, here is my progress report in each exercise. I’m not a big guy (5’7″), so my strength was modest starting off.

The deadlift figures are a little skewed as I moved from the bell-bar to the trap bar half-way through as I was experiencing back pain. This allowed me to lift heavier.

Also, from week 4, I also started incorporating chin-ups in my routine. I was basically doing trying to work up to three sets of 8 – and any time I couldn’t make up the set, I perform a ‘let down’ or hold the last chin up as long as I can. The first workout, I could barely do 3 in a row, but last week I finally got my 3×8! 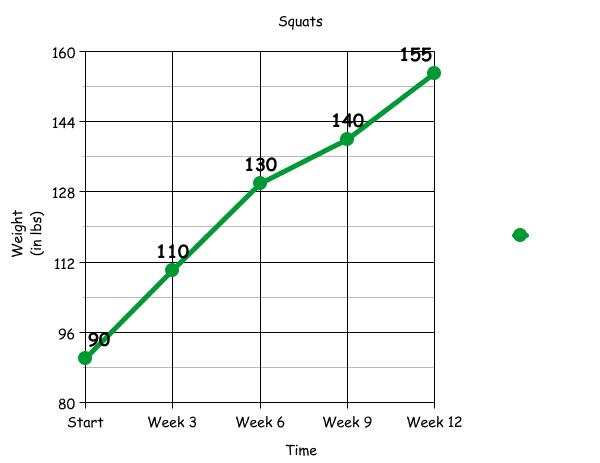 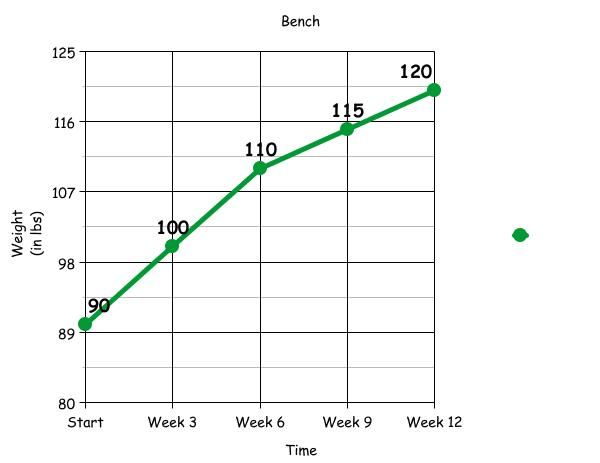 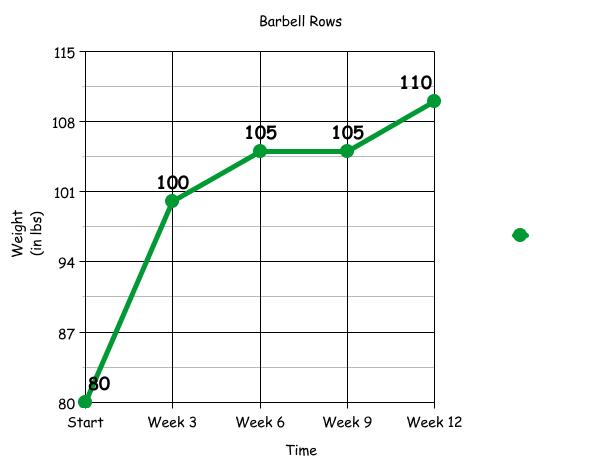 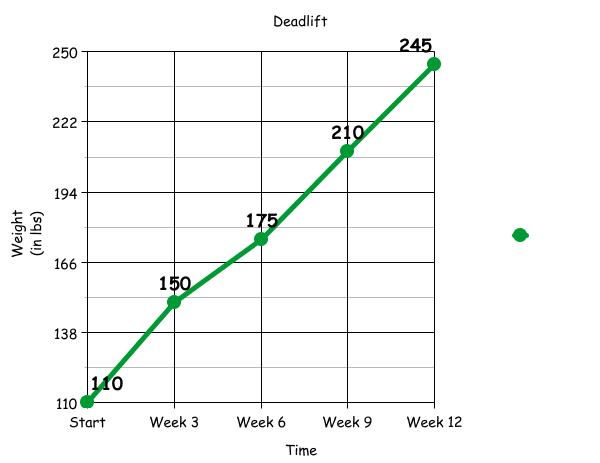 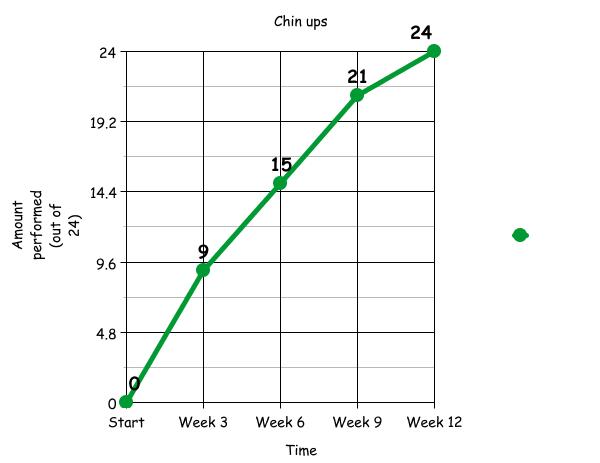 Before and After pics 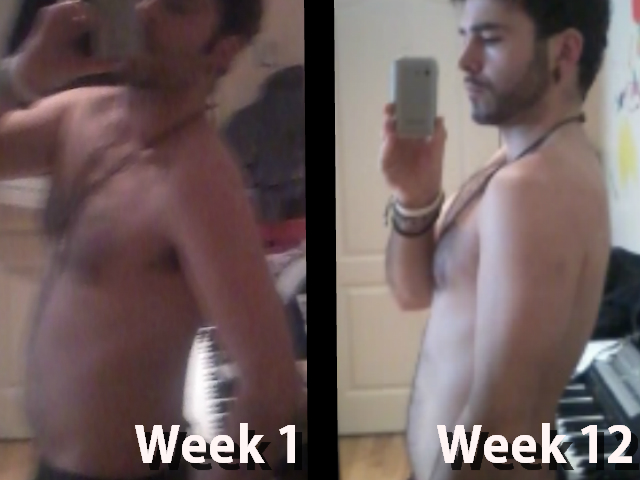 As you can see, my arms are bigger, I’ve reduced my beer gut, and I’m getting a little broader.

So there you have it.

Modest improvements in some areas, but respectable gains in others. I understand this is a marathon, not a spirit, so I don’t mind progressing slowly. I’m still a weak fucker, but I’m getting there.

Anyway, apart from the physical, I’ve noticed a knock-on effect in other areas of my life, such as improved mood, improved concentration and I’m sleeping better, too.

I feel amazing and hope this post can inspire other gym virgins to start on their path to physical self-improvement.

I’ll update you guys in another 12 weeks!

The First Naughty Nomad Film Series!
Why You Should Learn Arabic