Beer:Around  €4 a pint
Bed: €15 for a private  room.
Bud: €50 for a 1/2 oz.
Board: €5 for a basic meal.
Budget other: Hong Kong is expensive and taxis from Hong Kong to Kowloon at night raise costs.
Currency Conversion

Hong Kong can be as tame or as wild as you want it to be. It’s surprisingly multicultural and English is widely spoken. Great variety for night life. 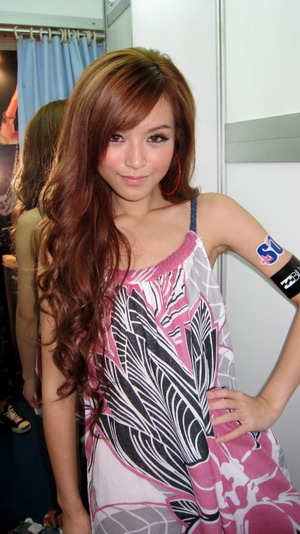 The Cantonese girls are gorgeous; creamy skin, super-cute faces and tight bodies. Generally, the standard here is better than most parts of South East Asia. Hong Kong has something for everyone. There are expatriates here from every corner of the globe; plenty of S.E, Asian, South American and African girls to choose from, as well as wealthy Cantonese girls to date. Hong Kong girls are well educated and have their heads screwed on.  Everyone has a different opinion of this place, it all depends on how long you are here. Chinese girls can take a bit of work while other ethnicities are easier. What type of girl you want really depends on where you go at night.

Great selection of bars, lots of beautiful Cantonese girls and plenty of expats. This is great place to pick up high quality girls. Beer can be expensive but you can go the supermarket and drink on the street. Lan Kwai has a great party atmosphere and if you have more than one night in Hong Kong it’s a must.

I’ve had the craziest nights of my life here. Wan Chai is multi-cultural madness where the beer is cheap and the girls are loose. It’s considered a red light but there are some legit establishments.  A lot of female migrants from foreign countries come here for drink deals on ladies’ night (Wed). Neptunes 2 bar/disco has live music and is packed with girls from all over the world. It’s an ordinary discos and not intended to be places to meet prostitutes. However, the reality is that there are always plenty of single girls to be found in these nightclubs because they are supplied with free drinks by the bar staff while they are waiting for a client to come along. Shoring often occurs. Dusk till Dawn is another place to check out and is a bit more upmarket. It has live music and the girls are screened to limit solicitation.

Legislation: It is absolutely illegal to cultivate cannabis in Hong Kong. As quoted from the “Dangerous Drugs Ordinance”:
“No person shall cultivate any plant of the genus cannabis or the opium poppy, but nothing in this subsection shall prevent the Government Chemist, in his capacity as such, from cultivating a plant of the genus cannabis so far as may be necessary for the exercise of his employment. (Amended 62 of 1994 s. 3)”

Law Enforcement: Hong Kong Police do not tend to look for Marijuana. However, NEVER walk down the street smoking– if the police notice they would bust you– even foreigners. If you seem suspicious, the police will check you.The main thing is to act calm and act like a tourist.

If you’re smoking outdoors its nice to always hide your shit before hand. Cops tend to walk up to people and do random I.D. checks and also sometimes they will search you. (They rarely search your shoe. If you are smoking indoors you should be A.O.K!  Not to put your marjuana in cigeratte box. The police here only search it concentrate on cigeratte boxes  another reporter argued: “You will be arrested if you are caught with marijuana here. Very efficient and highly skilled. One of the world’s best and most professional police forces.”

Where to Buy Marijuana in Hong Kong: Kwoloon is Hong Kong “downtown” hip area, where all the nightly action takes place.. In the Tsim Sha Tsui peninsula of Kowloon, there are two main spots: Chunking Mansions and the neighboring Mirador Mansions – just walk in to any of the two, get a feel for the place and ask around the West Africans or Asians loitering around busy doing nothing, one of them should hook you up.
The trendy and party animal locals say it is certainly a bad idea to smoke in a club

Kowloon park in TST is also a great place to score – just walk around in the park at night and someone will usually try to get you to buy hash. If you know the right people, you can get good pot for good prices. I just picked up a 1/4 of a good indica hybrid for $800 HK (about $100 US). There are better prices to be had too, but I don\’t have a hookup. Ounces of good indoor bud can go for as little as $2500 or as high as $4000, depending on who you know. There is a lot of good bud to be had in HK now. If you know some locals in Kowloon, you can get smaller bags, but normally you can’t buy less than a 1/4 in HK.”